We are happy to announce that the following six poems, selected from the September 2015, December 2015, March 2016 and June 2016 issues of Cha, have been nominated by us for inclusion in Best of the Net Anthology 2016 (published by Sundress). Congratulations to these writers and good luck!

“Visiting the Island of the Goddess of Democracy” by Henry Wei Leung (Issue 32, June 2016) | Henry Wei Leung is the author of a chapbook, Paradise Hunger, which won the 2012 Swan Scythe Press Poetry Prize. He earned his degrees from Stanford and the Helen Zell Writers’ Program, and has been awarded Kundiman, Soros, and Fulbright Fellowships. He finished a year of research on the literatures and protests in Hong Kong, and is continuing this research at the University of Hawaii at Manoa toward the completion of a PhD. 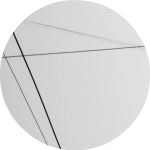 “Jaffna Afternoon” by Gopika Jadeja (Issue 32, June 2016) | Gopika Jadeja is a poet and translator from India. She publishes and edits a print journal and a series of pamphlets for a performance-publishing project called Five Issues. Her work has been published in Asymptote, The Four Quarters Magazine, The Wolf, Indian Literature, Vahi, etc. She is currently working on a project of English translations of poetry from Gujarat, India. 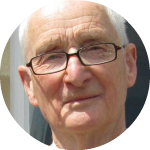 “Bray Head” by Mantz Yorke (Issue 31, March 2016) | Mantz Yorke lives in Manchester, England. His poems have appeared in Butcher’s Dog, Cha, Dactyl, Dawntreader, Lunar Poetry, New Madrid Journal, Popshot, Prole, Revival, The Brain of Forgetting and The Stony Thursday Book magazines, in e-magazines and in anthologies in the UK, Ireland and the US. 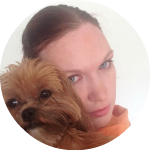 “Why Not Say” by Jennifer Feeley (Issue 30, December 2015) | Jennifer Feeley holds a PhD in East Asian Languages and Literatures from Yale University and has worked at the University of Iowa as an Assistant Professor of Modern Chinese Literature and Culture. Her work has been published in journals and anthologies such as FIELD, Epiphany, Tinfish, Taipei Chinese PEN, and Chinese Writers on Writing. She is the translator of Not Written Words: Selected Poems of Xi Xi (Zephyr Press & MCCM Creations) and co-editor of Simultaneous Worlds: Global Science Fiction Cinema (University of Minnesota Press), as well as the recipient of a Luce Foundation Chinese Poetry and Translation Fellowship. 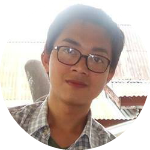 “Cruelty Disciplines Our Idea of Memory” by B.B.P. Hosmillo (Issue 30, December 2015) | A Southeast Asianist queer poet, B.B.P. Hosmillo teaches English in the Philippines. His poetry has appeared in Kritika Kultura, Quarterly Literary Review Singapore, The Ilanot Review, amongst other places. He has previously been nominated for the Pushcart Prize and Best of the Net, and received research fellowships/scholarships from the Japan Foundation, National University of Singapore, and the Republic of Indonesia. Hosmillo is the founding co-editor of Queer Southeast Asia: A Literary Journal of Transgressive Art and his poetry collection The Essential Ruin is forthcoming. 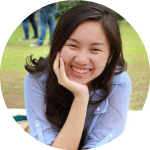 “Instructions for the Housewarming Party” by Regine Cabato (Issue 29, September 2015) | Regine Cabato is a journalism and creative writing student at the Ateneo de Manila University, where she works for the student artistic and literary folio, Heights. Her poetry has also been published in Under the Storm: An Anthology of Contemporary Philippine Poetry, Philippines Free Press, Kritika Kultura, and Quarterly Literary Review Singapore. She hails from Zamboanga City.;