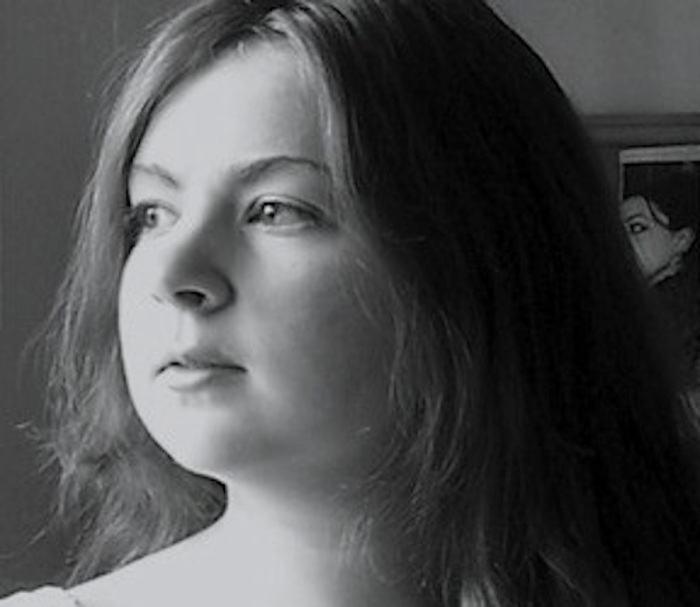 When I learned about the buru-sera addiction, I tried to understand what the appeal was—and why grown men would find hope and arousal in children’s clothing. So I wrote a poem. When I don’t understand something, when I think something is inhuman or bizarre, I try to write a poem so I can inhabit that perspective briefly–and though I may still find the practice disturbing, I can understand the humanness that invokes and abides in that experience. The word orchestra became a critical turning point for me, as I thought of the Japanese word karaoke, which literally means “empty orchestra.” An orchestra is filled when a voice is added. We are all trying to fill a certain emptiness in us. How we choose to provide that voice for fullness varies.

Meg Eden’s work has been published in various magazines, including Rattle, Drunken Boat, Poet Lore, and Gargoyle. She teaches at the University of Maryland. She has four poetry chapbooks, and her novel Post-High School Reality Quest is forthcoming from California Coldblood, an imprint of Rare Bird Lit. Check out her work at: www.megedenbooks.com