Ankush Banerjee’s “Grandmother Wouldn’t Be The Last” [Editors’ note: This is the winner of Second Prize in the “Addiction” Poetry Contest. You can read the poem here.] 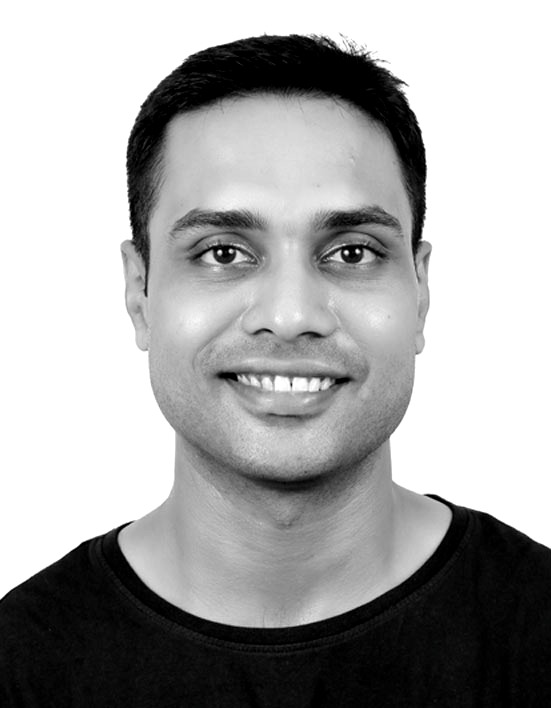 ANKUSH ON “GRANDMOTHER WOULDN’T BE THE LAST”

Frankly, ever since I read about Cha‘s ‘Addiction’ contest, I had been working on a poem about an ex-heroin addict I had come across while interning at a de-addiction centre a year back. But somehow I wasn’t getting it right. I wasn’t getting ‘the voice’ right. It seemed contrived and artificial. It seemed like ‘a poem about addiction’, rather than ‘a piece of addiction’ itself.

On the morning of 28th June 2016, my grandmother passed away. I live in a different city, and it takes almost 4 hours by air to reach home. Hence, I didn’t go. There are some rituals which are conducted on the 13th day according to Hindu customs. For attending the rituals I travelled home. Once there, I suddenly felt the absence that death leaves one with. Until then, her death was ‘news’ from home. But this absence was real, almost tangible. And yet, the whole house seemed overflowing with her belongings—her comb, utensils, slippers, medicines. Ironically her belongings seemed bigger, more magnified in meaning – the opposite of what she had become in the end of her days. It was an odd paradox. But I suddenly, and as is the case of the associative power of memory, realised this was not for the first time that I was meeting that feeling—of confronting the void. It had previously happened 3 years ago, when my pregnant cat had been hunted by dogs. I had to rush her to the vet. He had operated on her but seemed bleak about the outcome. I had got her back to my room, laid her down, fed her and lied down beside her. In the wee hours of the morning, I checked up on her. With a single touch, I could hear my heart race and my mind say the words, rigor mortis. A similar routine of confronting the void amidst so many sombre objects – her cat nip, her feeding bowl, the bell she never wore but wrestled with, ensued. When I returned from the ceremonies, what I had thought of addiction had changed. Yes, heroin addiction was an addiction—but the sort of addiction I seemed to know best to write about was grief. Not sadness, not despair, but grief and its recurrence in our lives. My mother is a Buddhist. I have often had conversations with her about the role of suffering—she once told me, that while the circle of suffering is recurring, so is the cycle of breaking out of it—which we, or most of us, do over and over again. I wrote the first draft of this poem almost six days after the day being described in the poem. And with each draft, each of these strands came together. Some stayed, while I removed the others for aesthetic purposes and unity. Say, the whole portion about my cat has been omitted. So has an epigraph from the sayings of Nichiren Daishonin. But with each draft (and I wrote almost eleven of them), the abstract idea distilled into exact, accurate words. The idea of confronting our and our loved ones’ mortality, the recurrence of grief and the recurrence of our experiencing, accepting and triumphing over it became my take on addiction.

More importantly, I wanted to write something for her to commemorate her memory. And here I was, with “Grandmother Wouldn’t Be the Last”.

Ankush Banerjee is a mental health professional and Ethics and Organisational Behaviour instructor working with the Navy, based in Kerala. His poetry collection, An Essence of Eternity (Sahitya Akademi) is scheduled to be published later this year. He is the recipient of the 2014 USI Gold Medal for his essay on Military Ethics. His work has appeared in Muse India, Eclectica, Cha and Linden Avenue Literary Journal. He also serves as Wellness Therapist at the Bethzaitha Home for Orthopedically Challenged Girls at Kochi. He blogs at: cogitoerigosum.wordpress.com.