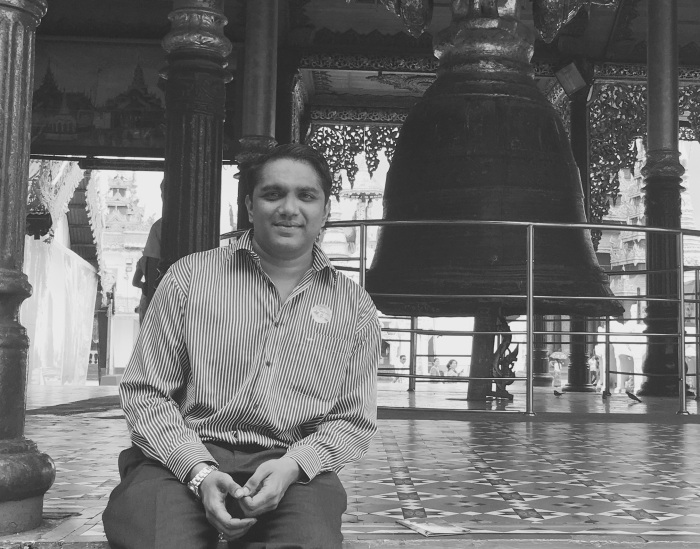 My poem “Ravana” is about the character of the same name in the Indian epic Ramayana. Ravana of ten heads lusts after Rama’s wife Sita and kidnaps her to Lanka after tricking Rama with the help of a rakshasha-demon disguised as a golden deer. Rama crosses the ocean with the help of a monkey army and defeats Ravana to free Sita. The poem is a meditation on how Sita becomes an addiction for Ravana, an object of constant craving that cannot be shaken off—even though as a learned scholar of the scriptures he knows that the path of lust would eventually lead to his doom.

Sithuraj Ponraj has been writing poetry in Tamil and English since his school days. His Tamil poems have appeared regularly in Singapore’s Tamil Murasu and various Indian magazines and literary journals. He has read his Tamil poems in radio programmes organised by Singapore’s Tamil radio station, then-named Olikkalanjiyam FM 96.8. His Tamil poems and short stories were published in two collections, Kaatraai Kadanthai and Maariligal in 2015. Both books were shortlisted for the 2016 Singapore Literature Prize in the Tamil fiction and poetry categories respectively. Sithuraj’s Tamil short novel Bernouilli’s Ghosts is forthcoming, while his short novel Kauntilya’s Square, a thriller for young adults in Tamil is in preparation and will be published later this year. The English translations of his works are expected to appear later this year as well. At present, Sithuraj is working on translating a selection of Latin American Spanish poetry to Tamil. He is also currently completing a work in English on the subject of “The Body in Women’s Poetry in Tamil”.

One thought on ““Addiction” — Sithuraj Ponraj”