The Hong Kong academic Wong Kwok Kui’s preface to the philosophy book Unsleeping Philosophy (Commercial Press, 2017) was removed after he refused to amend a passage referencing the Umbrella Movement (Hong Kong Free Press). Here, Cha presents the censored preface, below, translated into English by Chris Song, along with Wong’s Chinese original. (NOTE: Please do not reproduce the text—Chinese or English—without permission.)

When 01 Philosophy invited me to write a preface for their inaugural volume of Unsleeping Philosophy, I agreed without hesitation because it was completely in line with my idea of philosophy education.

This book collects more than thirty articles written by the team members of 01 Philosophy, each approximately 10,000 words long, introducing the works of some important figures and schools in the history of Western philosophy, including Plato, Medieval Philosophy, Rationalism, Empiricism, Kant, German Idealism and so forth. I admire the young team’s vast and solid scholarship, while at the same time grimacing at the thought of the scale this difficult and thankless endeavour!

When I was at university, I helped with editing a student newspaper. I wrote under a pseudonym introductory passages about Schopenhauer, Habermas, Husserl and more. One time I ran into a diligent classmate. He was forever in the library, gorging on journal articles that he had photocopied. He asked me, ‘Did you see the piece about Husserl written by some guy in Undergrad?’ I responded evasively. He didn’t know I was the author and he continued, ‘Those who understand Husserl don’t have to read it; those who don’t simply won’t even if they read it.’ I cast him an awkward, bitter smile, made my excuses and left.

Was he right? Were those articles really worthless? I thought about it a lot. Many years later, my conclusion is that we should keep writing.

(1) The history of philosophy is a must-read.

In an article I wrote for 01 Philosophy, I confessed that I have been a victim of a philosophy education that lacked the history of philosophy. Writing those introductory essays at the time was a vocation to make amends for such regret. Admittedly, rather than repeating what my predecessors had said, I found that philosophy has to come back to the question eventually. However, reading their works can provide stable and solid training for conceptualising those philosophical questions. Today’s so-called general education galvanises students to critique and comment. Without the good exercise of thinking, especially without knowing the historical transformation of the issues and concepts in questions, these critiques are no more than postures built on shifting sand. Certainly, not everyone can spend time struggling with Husserl’s original writings. Even if they do, they might not understand them. And so, for the students who don’t know where to start in this vast field, such introductory articles are necessary, regardless of whether or not they are well written.

(2) Do not dumb philosophy down to popularise it.

Many people working on popularising philosophy are mistaken in having underestimated the so-called masses. They lower themselves to level with the masses by sugar-coating philosophy with film, comic, pop-song references and so forth. However, those willing to buy books and go to talks about philosophy are no longer of the general mass. They are deeply interested; they have an expectation of you; they are prepared to study hard-core philosophy. The deliberate levelling and popularising might just end up a self-defeating exercise; philosophy is reduced to chit-chat; the eagerness of readers is thus wasted. In fact, readers are quite intelligent. They can easily see through your gimmicky philosophy. Wholehearted mass education needs neither to avoid philosophers’ thinking nor to fixate on popularisation. The right thing is always to write serious articles about philosophy and explain a philosophical question to readers so tirelessly that they will understand even if they have not previously had any philosophical training. The silent plough brings the harvest. This concludes all these years of writing Chinese books and articles about philosophy.

Some articles about philosophy are full of technical jargon, which has driven readers away. I fully understand their feeling, but the problem resides less with jargon than with writing that fails to gloss it, assuming prior knowledge on the part of the reader. As for readers, they will be frustrated by the first piece of jargon that they don’t know, and will give up reading when they encounter the next one. Such a sense of defeat is not necessary. In fact, jargon is a set of keys to philosophy. Jargon, clearly defined and rich in meaning, can be a useful tool for the exercise of thinking. However, one must write with a principal—the mention of jargon must be followed by an explanation. Without such preparation, you are only showing off your familiarity with the concepts in question. If this is only an unconscious habit, then jargon should be done away with. My conclusion is—do not avoid jargon but, rather, avoid the pedantry of overusing it. Every time you use it, you must not stop explicating it until it is thoroughly understood. If you can do this, you will have a clearer grasp of the question, as not just the author, but also reader too, is slowly entering the philosopher’s world of thinking.

01 Philosophy’s effort in promoting philosophy, in any case, is a heartening project worthy of encouragement and compliment. Somehow philosophy is catching on in Hong Kong. There have appeared not only a great many websites but also television programmes about philosophy, which would have been unthinkable in the past. For those of us who teach philosophy, this is very exciting. But the reason is confusing, even disturbing. Why is this? How to explain it? I am inclined to believe what Nietzsche says: A culture does not need philosophy when it is thriving; the popularisation of philosophy might be an omen of the culture’s crisis and decline. In the last decade, there has not been a day when Hong Kong did not suffer from political corruption, social chaos and absurd injustice. Especially after the Umbrella Movement, young people felt depressed and lost. It is only normal that they hope to find a way out through philosophy. I hope this is not just a fad. The answer that all this understanding, thinking and deepening will give is what Hong Kong’s historians expect the most.

As for the word ‘unsleeping’, according to the editor, it has something to do with his experience of reading books about philosophy: ‘I picked up a fascinating book which I couldn’t stop reading. When it was time to sleep, I was still reading it and became too enthusiastic, too excited to feel any sleepiness.’ It reminds me of my days as a university student. The night was deep and quiet. I liked to lie in my bed and read a little bit before sleeping. With the book in my hand, my eyes closed unknowingly. My roommate asked, ‘Don’t you want to read? Why are you nodding off?’ I answered, ‘Let me close my eyes and think for a while, will you?’ I had barely finished speaking before I actually fell asleep. Thinking about this, I cannot help saying to myself: young people nowadays take it more seriously!

Wong Kwok Kui (author) received his Ph.D. in Philosophy from University of Tübingen, Germany, and M. Phil. in Comparative Literature from the University of Hong Kong. His research interests are Nietzsche, Schelling, hermeneutics, the problem of time and poetics, theatre aesthetics. His latest publications include a book on Nietzsche,《尼采﹕從酒神到超人》﹐(香港﹕中華書局﹐2014), and articles like “Hegel’s Criticism of Laozi and Its Implications” in Philosophy East and West, “Schelling’s Criticism of Kant’s Theory of Time” in Idealistic Studies, etc. As a playwright he has also staged more than ten plays in the last seven years, which are collected in《經典新篇—從希臘悲劇到布萊希特的本土重寫》， (香港: 國際演藝評論家協會，2013). He is an Associate Professor at Hong Kong Baptist University.

Chris Song (translator) is Executive Director of the International Poetry Nights in Hong Kong, Editor-in-Chief of Voice & Verse Poetry Magazine, and Associate Series-editor of the Association of Stories in Macao (ASM). Song was poet/translator in residence at Bundanon NSW 2010-2011. In 2013 he won Nosside International Poetry Prize (Italy), Extraordinary Mention. He has published two books of poems and twenty-some books of poetry translation. Now Song works at the Centre for Humanities Research of Lingnan University (Hong Kong) as Assistant Editor of Journal of Modern Literature in Chinese, and is completing his part-time Ph.D. in Translation Studies at the same university. 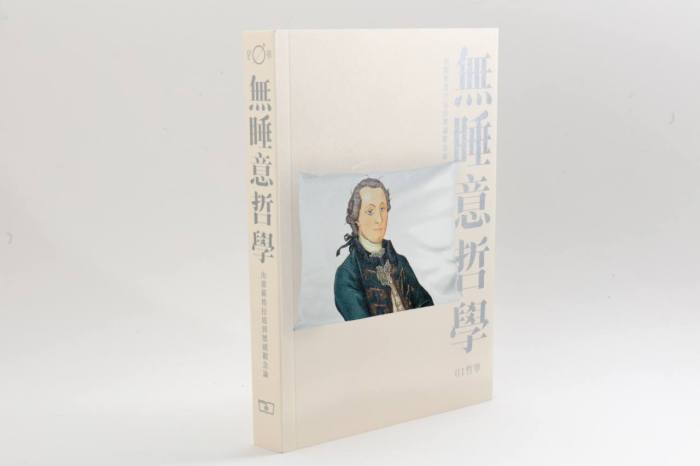