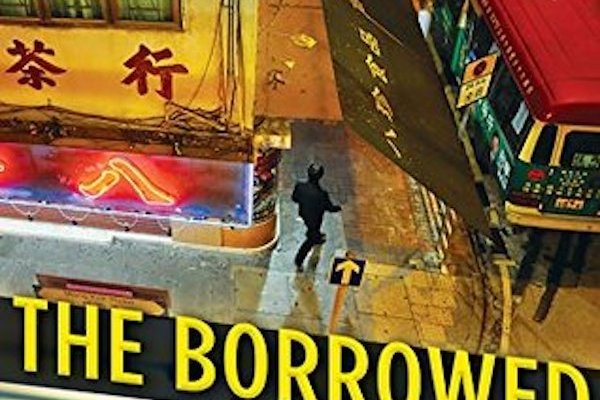 {Written by Douglas Kerr, this review is part of the “Writing Hong Kong” Issue (December 2017) of Cha.} {Return to Cha Review of Books and Films} 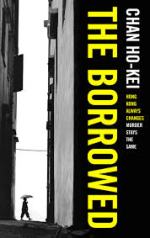 Crime fiction is rooted in the material world. It may encompass cannibalism, time travel or gigantic hounds, but its everyday currency is things like timetables, footprints, wills and business deals, family and domestic life and the physical objects that can carry an extra meaning as clues to a mystery. Its anchor in materiality, the subject of realism, has meant that crime fiction can often be a valuable kind of social history, and a record of social change.

Chan Ho-Kei is interested in this double dimension of the genre. As a fan of detective novels, especially Japanese ones, he sees them dividing into classic and social sub-genres, with the former concentrating on plot and the solving of mysteries, and the latter more concerned with reflecting the state of society, focusing on character and situation. In an interesting Afterword to The Borrowed, he explains that he started with the ambition of producing a classic detective mystery, but pivoted, in the course of thinking about this book, towards writing a social realist novel. A gripping detective mystery which is also a social history of Hong Kong over nearly fifty turbulent years, from 1967 to 2013—that would be quite a novel. But is it the book Chan Ho-Kei has written?

The central character is Kwan Chun-dok, a Hong Kong police detective of prodigious forensic skills, whose career we follow through a series of cases, from his early days as a constable on the beat in 1967, his rise up the ranks of the police force to Commander of the Central Intelligence Bureau’s Division B and finally his last case, when he has long retired but is still consulted and revered by his former colleagues, and especially by his devoted disciple, Sonny Lok.

Thus the novel is really six novellas, interlinked by the characters of Kwan and Lok. The author’s social agenda is evident from the dates of these cases—1967, 1977, 1989, 1997, 2003 and 2013. Each of these, with the exception of the last which represented the present day when Ho was writing, stands for a crisis in the life of Hong Kong, from the riots of 1967 to the financial crisis and the SARS epidemic of 2003. One case, involving the escape of a triad boss from prison, takes place a month before the handover on 1st July 1997.

This chapter is quite a good example of the strengths and weaknesses of Ho’s method. Kwan and Lok investigate the escape of Shek Boon-tim, a notorious gang leader brought to justice years before by Kwan. Shek pleads illness in Stanley Prison and is escorted to Queen Mary Hospital, where he effects an apparently miraculous escape. The police are baffled, of course, but Senior Superintendent Kwan, on the day before he is due to retire from the police at fifty, goes to the scene of the crime, reads the material clues, makes the brilliant deductions and is able to lay his hand on the fugitive villain. Lok is at his side to assist, but mostly, like Dr. Watson, to have the master’s reasoning explained to him. Kwan also resembles Sherlock Holmes in his habit of not revealing his reasoning to others until he is ready to spring his trap. The puzzle he solves at Queen Mary Hospital is a plot of the most diabolical elaboration devised by the wily Shek, involving several large-scale diversions in different parts of the city, the suborning of hospital and prison staff and a scarcely believable exchange of identity. If you thought of triads as low-level hoods of limited intellectual capacity, this story may persuade you that some of them at least are fiendishly clever—but not as clever as Superintendent Kwan, as he literally unmasks the escaped gangster in a satisfying climax.

Each of Kwan’s cases has a rather baroque level of elaboration, with layer upon layer of sophisticated deception to be peeled away before the inevitable forensic triumph. This may not be a very accurate representation of police work, but you could say it’s in the great tradition of crime fiction going back to Edgar Allan Poe, and Chan Ho-Kei handles it adeptly. Solving these intricate puzzles does make Kwan into something of a superman, as attested by his reputation in the police force as a genius detective, the “Eye of Heaven.” This also makes his character a little old-fashioned. Detectives in fiction today are increasingly flawed, often leaving a trail of unprofessional behaviour, alcoholism, unpleasant traits of character or a private life that resembles a trainwreck. It’s unusual to meet a hero entirely upright, inevitably successful and wholly humourless. Kwan ages, but his character doesn’t really develop. He doesn’t have an interesting private hinterland, and is largely a personification of forensic method. He is always right, and always successful, in the end.

So at the level of forensic mystery and intellectual abduction (as C. S. Peirce called the detective method), this is a satisfying example of the genre, given extra interest by its Hong Kong setting. I am not so sure that Ho has been successful in his ambition as a social historian. Hong Kong’s modern history is playing like a film in the background of all of these chapters, but it isn’t particularly integral to the nature of the cases or of Kwan’s career. As the case is closed in the 2003 chapter, for example, somebody says:

“There’s some sort of infectious disease spreading, and the government’s urged everyone to stay home, but let’s go to a restaurant for dinner.”

This is a desperately clumsy reminder that 2003 was the year of SARS, but this sentence is the extent of the linking of foreground (the case) to background (the SARS epidemic), and, in any case, can you imagine anyone in Hong Kong in 2003 actually uttering this sentence, as if they knew about the outbreak but didn’t know the name of the disease? Luckily, Chan Ho-Kei and his translator Jeremy Tiang both have a pretty good ear and this clunky moment of dialogue isn’t typical; speech is generally represented fairly naturally in this book.

But this SARS moment is perhaps symptomatic of the way the police stories often seem bolted on to the social history, rather than growing organically out of it, or offering insight into its patterns and directions. Chan took the decision to tell his story backwards, moving back from Kwan’s deathbed in chapter one to his beginnings as a beat constable in the last chapter. This is an interesting device, but it’s not clear what purpose it serves, though in the final (that is, the earliest) story, Kwan makes a costly mistake which may or may not be intended to compromise the godlike status he enjoys through the rest of his career. This is a bit obscure, or perhaps I have missed the point.

I’m not sure the novel even has very much to show us about the history of the Hong Kong police, or the way the community views them, during this period. Police corruption, and the early days of its combating by the Independent Commission Against Corruption (ICAC), is at the heart of one of the tales. In his Afterword, Chan says that Hong Kong today is in just as strange a state as it was in 1967, and wonders if we’ll ever recover the image of the police as a brave and selfless service, “so the small children of Hong Kong can once more be proud of them.” Does he mean there was a time when we trusted the police, but that today they are assumed by the Hong Kong public to be as corrupt as in the days before the ICAC? I don’t think I would agree. Meanwhile the really important story about the police in this decade—the way they are increasingly and perhaps helplessly caught up the politicisation of policing, and the ignorant or cynical confusion of “the rule of law” with “law and order”—isn’t touched on in this book.

To approach the figure of Superintendent Kwan, the Eye of Heaven, as the construction of a Hong Kong myth, is perhaps to see a different story. The villains may be different at different times, but the policeman is always upright and can always be relied on to serve the Hong Kong people with bravery and skill. Run the movie of history backwards or forwards, pause it wherever you like, there is Kwan solving another baffling case. It’s a comforting story, and a hopeful one. In the 2013 chapter, at the end of his life and in a coma, Kwan seems still able to read the clues and solve the case, or—to put it in another but just as reassuring way—his successor Inspector Lok is able to channel his master’s virtues, as well as his skills, in the interests of justice. This is a story about the police we would all very much like to believe.

Douglas Kerr has recently retired after some thirty-seven years teaching in the School of English at Hong Kong University. He is the author of books about Wilfred Owen, George Orwell, Arthur Conan Doyle, and colonial and post colonial British writing about the East. He is now based in London.