{Written by Ray Hecht, this review is part of the “Writing Hong Kong” Issue (December 2017) of Cha.} {Return to Cha Review of Books and Films}

The Tiger Hunters of Tai O is a new historical novel with a unique perspective. Author John Saeki paints a colourful portrait of Hong Kong in the 1950s, capturing the spirit of the times in this page-turning police thriller. Sometimes hilarious, and sometimes deadly serious, most readers should be fascinated by the intrigue and politics of the era. Though Hong Kong—especially Tai O—has certainly changed over the past half century, locals will find this world a familiar place even while discovering new surprises and secrets uncovered about the region.

The plot ostensibly revolves around a Eurasian police officer named Simon Lee who is investigating suspicious tiger attacks. The mystery side of the story progresses as the officer delves into the underworld of gangs and spies, both Communist and Western, in something of a Cold War satire. However, the plot in fact is often secondary with the main purpose of the novel being an exploration into the colourful setting of 1950s Hong Kong.

The chapters that outshine the rest simply tell the personal stories of various members the cast, and make for excellent short stories in their own right. Simon Lee himself has a fascinating background, beginning with his birth as product of a scandalous relationship between a coloniser and Hongkonger, and then continuing with a romantic scandal of his own that results in his exile to the outskirts of Tai O. This is even before the tiger hunting begins.

In the chapter entitled “Night in Tunisia,” the details of Simon Lee’s affair with Jasmine, the daughter of the police commissioner, are revealed. A complex range of emotions are sorted out as the omniscient narrator explains how the subtleties of romance truly pan out. The strengths of Saeki’s writing style shine through in the exposition:

Simon was her holiday. He was pre-emptive affair, a tryst with someone that she was never really meant to be with.

How long would the relationship with Simon have sustained her? He was never sure, but he had an idea that it would not last that much longer. She was so at ease with him that she openly discussed the merits of other men in the police for marriageability, or those that might be ripe for an affair, a real affair, not a pretend one like she was having with him.

Other chapters focus on Madame Li, a former member of the bourgeoisie Shanghai set who goes from Communist sympathiser to refugee, and another recalls the horrors of the Pacific War as a Japanese soldier defects and somehow ends up in the village to eventually become affectionately referred to as the Jap Devil. The sarcastic blend of grim and absurdity is something Saeki pulls off just right.

Usually, the main characters find themselves distracted from the investigative work and would rather comment on the current events of the time. There is the clash between the KMT (Kuomintang) and the Communist Party on the Mainland, and racial dynamics from Indians to the Chinese to the British are discussed, and, of course, many touch upon the delicate subject of women and sex.

Most of these characters are highly opinionated, but Saeki as a writer knows when to lighten scenes with comedy, so nothing is taken too seriously. The points of views always come from places of knowledge and come across as authentic, even if they are disagreeable at times. Saeki can go on tangents that last several pages, but the dialogue stays entertaining.

In one climatic monologue that lasts over a page, a barhopping mariner states his take on humanity with vitriol and passion: “I don’t believe in angels and devils and religious hocus-pocus, but you only need to open your eyes to see that evil exists.” He goes on with many well-sourced examples.

When the action requires another level of intensity, Saeki writes of violence with understated yet powerful prose. From the chapter un-ironically titled “Great Balls of Fire”:

“Get up, Dagger!” Salty Pan screamed, but he was lifeless. The Mongoose regrouped and hid in a side alley where they could see the Dagger bleeding to death … The army shooter swivelled his turret and took aim at them, but didn’t pull the trigger. The Dagger was already dead.

Another recurring motif is the tiger of the title. But the tigers being hunted are not always wild beasts, but can in fact be the wild human beings who make up the fringes of the colonial past. Be it in the context of English gentlemen’s clubs or amidst the chaos of the Kowloon riots of 1956, in the end, The Tiger Hunters of Tai O succeeds in capturing the atmosphere of this strange historical era.

Like many novels based in Hong Kong, it reads best if one already knows the locale. Expats will get the inside jokes more than readers who have never lived in the city. But no matter where a story may take place, the power of the historical novel as a genre rests in the ability to connect the past to the present, and indeed one just needs to turn on the day’s news to see that the themes of refugees and spy craft are as relevant today as ever. 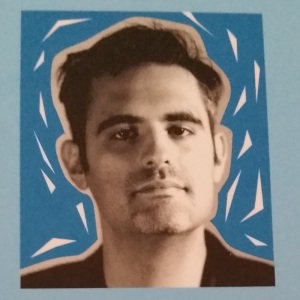 Ray Hecht is an American writer currently based in Taiwan. His novel South China Morning Blues is also published by Blacksmith Books, and he blogs at rayhecht.com.

One thought on “[REVIEW] Hong Kong in the Fifties: John Saeki’s The Tiger Hunters of Tai O”