{Written by Liz Wan, this review is part of the “Writing Hong Kong” Issue (December 2017) of Cha.} {Return to Cha Review of Books and Films}

‘If adventures will not befall a young lady in her own village, she must seek them abroad.’ —Jane Austen

Adventures are not only an important source of poetic inspiration, but also a great opportunity for self-discovery and self-actualisation. The poetry collection Girls’ Adventure Stories of Long Ago throbs with the heroine’s experiences from different corners of the world, from Cornwall to Hong Kong to Eretria, and with erudition, for the poet has incorporated into her textual melodies not only her own wisdom, but also cross-cultural references and the wit of numerous other writers. The poems in this collection are scrupulously sectioned into twelve chapters, each for a specific phase of a journey. While allusions abound throughout, each poem offers a brand-new vision to the reader. The volume is hence an intense elixir of synaesthetic pleasure distilled from memory, emotion and knowledge, served in the forms of original imagery, profound philosophies and epiphanic meta-poetic moments.

Fresh images pervade the whole collection, from the sensations of waking up from a slumber to the climactic end(s) of the heroine’s journey. The first poem “Mnemosyne Wakes” already contains an interesting oxymoron: “She sucks warmth from her chilled fingers.” Freshness also lies in the poet discussing finding a history that is “not borrowed” (“Non angli, sed angeli”), which may suggest that she will write her own stories to create her own history. The images in the poems also develop to convey the sense of a journey. Though grounded at the beginning, by “Chapter the Eleventh,” the heroine seems to have transcended terrestrial boundaries and is no longer looking up at the sky; she has soared into and beyond the clouds. “Dust moves for a red star: a sestina” scatters stardust in the state between sleeping and sobriety, rendering an explosive joy like a nebula:

[…] celestial vessels charting ways to move
the universe, to take a finger to the dust
and trace a drawing of a star’s heart […]

Among all the chapters are stories told via punning and the organisation of words into distinctly shaped forms. An example that employs both is “Duty Free,” which takes the shape of an aeroplane and depicts long flights and the plights of long distance relationships. The poem’s title itself is probably a pun on both duty-free shopping and on the shirking of relationship duties due to long distances. “Salomé” in “Chapter the Fifth” describes a female dancer gaining the attention of everyone but “his,” and the fact that “he” has gone makes all her effortless and beautiful movements futile; the last two lines “she will have / his heart for this” create a cliff-hanger that is simultaneously chilly and resigned, yet vengefully aggressive and hopefully determined.

The sounds of Holmes’s scribbles are also delectable, because in many instances, readers can roll her alliteration and assonance over and over in their mouths and still taste joy, such as in “oracular vernacular” (“Uncle Omphalos”), “sauce-splotched tablecloth” (“Postcard #4”), “our animal cries / rise to the wild skies a sacrifice” (“The Lady of the Lake”). Hence, like gastronomy, Holmes’s poems have it all—an appealing appearance, gratifying textures and awe-inspiring aftertastes.

If images and sounds are poetry’s form, the philosophies behind it are its soul, and Holmes’s poems are filled naturally with such “soulfulness.” “Orion” in “Chapter the Second” gives a double vision between the past and the present, with the provocative line “memory is a prey worth stalking.” The line hints at the seductive nature of memory, yet the choice of “stalking” over “hunting” implies perhaps that memory is a “prey” that we can never truly grasp.

Holmes also explores memory in one of her “Postcards” (there are eight in total). “Postcard #1” explores a piece of lost memory that is neither accurately identifiable nor reconstructible. Other compelling ideas include embracing darkness to overcome it in “Swimming lesson,” with its insightful clincher that “to keep the rain off / you must go under.” “How to play a drum” fiddles with the sense of identity through the metaphor of making music, sometimes blending “you” with the drum and sometimes making “you” lose “yourself” to find “yourself.” “Chapter the Eleventh” pushes the journey to its climax, and in “Mount Newland,” the hardships of fighting uphill battles are philosophised, but nothing can deter the heroine from pressing on, and, at last, one can taste sweetness from the sweat when “our shared affirmation reverberate[s] / through the mountain air.” At this point, it is almost as if you are joining the persona on the summit to share the view. Thus, Holmes does not only weave images with words, but also infuses them with deeper meanings to form a sophisticated whole.

Even more intricate are perhaps the many breathtaking meta-poetic moments in which Holmes not only makes use of the power of words, but also uses words to empower words themselves along with the art of poetry writing. In “A rhetoric of the sacred other: a sestina” in “Chapter the Fourth,” the persona compares writing poems with sculpting, claiming that both activities are “compelling” processes of discovery; in “Muse” in the same chapter, the persona writes about people while describing herself being written about, and in turn, shows the interesting cycle of mutual-immortalisation even though she does not appear to end up with the other writer. Later on, in “Chapter the Sixth,” Holmes further “consolidates” the power of writers by asserting that poets/writers are “world-makers, though the nib resists. / Reason submits to the pressure of [their] fingertips,” and remarks that all kinds of gods and mythical creatures are created under the pens of scribes. In the next chapter, “Time And Relative Dimension In Space” gives words even more power with the claim that the whole universe can be irreversibly changed with a single word. Nonetheless, there are still moments in which words seem futile in conveying meaning. The persona shows this in “An aubade is a poem about morning,” but still manages to make a poem out of a poem-writing-tutorial, proving once again that one can usually find a way out with words. Lastly, Holmes displays both her learnedness and pyrotechnic linguistic skills in the very last poem “Fair Janet and Tam Lin: a cento” by echoing a different poet in almost every other line and showing both how words can live on in other words and how a poet can bring other writers back to life.

This review has aimed to show the delights of Holmes’s brilliant poetry collection. Each poem glows with pulsing and flickering flames, beats with raging or rollicking rhythms and teases the senses with tingly and tantalising intellect. Endowing us with both physical and metaphorical images, stimulating us with inspiring insight and waltzing with words, Girls’ Adventure Stories of Long Ago will guarantee a timeless, soulfully enthralling journey. 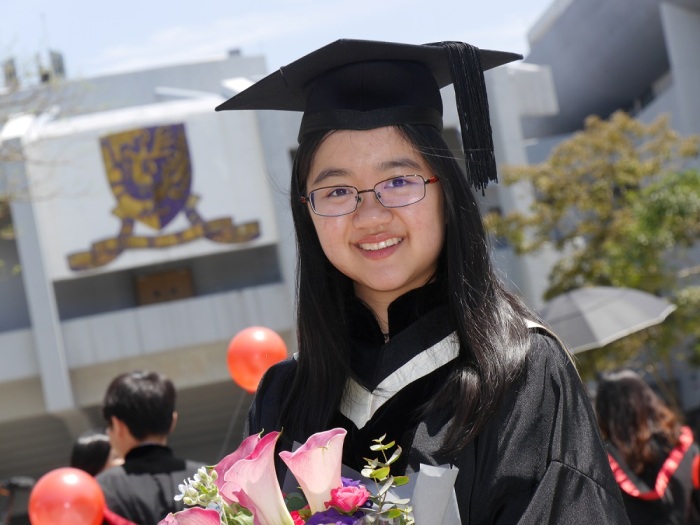 Liz Wan is an MPhil candidate in English Literary Studies at the Chinese University of Hong Kong. She has co-founded and co-edited KAIROS: An Online Magazine, co-edited the anthology CU Writing in English—Volume XV (2016), and co-written a novella The Upper Hand (2016). She loves poetry, music, languages, and photography.