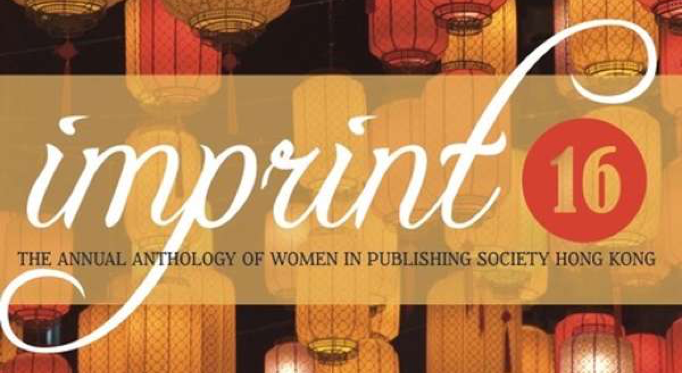 {Written by Judy Wu, this review is part of the “Writing Hong Kong” Issue (December 2017) of Cha.} {Return to Cha Review of Books and Films}

Even with a great tradition of female writing before us, the actual “voice of women” is bound to be a vague idea unless it is articulated and heard. Every woman has her very own life story rooted in her culture and surroundings, and hence each piece of writing is inevitably unique. Despite being a multicultural and vibrant city, society’s imagination of Hong Kong women often remains as flat as the Asian beauty queens posing on billboards and ads. Many aspects of being a woman in Hong Kong are often underrepresented—its cultural and racial diversity, the struggles and delights of everyday life and, most importantly, the variety of women in the city. It was a delight, therefore, to come across Imprint 16: The Annual Anthology of the Women in Publishing Society Hong Kong. This collection fills in the gaps, with the diversity of womanhood celebrated through the work of forty-three contributors, most based in Hong Kong, with the rest having a close connection to the city. In this anthology of poetry, short stories, essays, memoirs, photography and illustrations, different dimensions of being a woman in Hong Kong are revealed.

These short pieces will help fill out anyone’s understanding of the city. Detached from the Cantonese language or even Chinese culture at times, Hong Kong is depicted in such a new light it is almost defamiliarised—but the collection nevertheless provides a local portrayal of the everyday. From the very sensible account on the walkability of Choi Hung in “Scoring Hong Kong’s Walkability” to the emotional insights of “Chinese Opera Trips,” which discusses the resemblance between the Fa Dan in Chinese Operas and Cinderella in the Western fairy tales, Hong Kong is at the same time portrayed as an everyday experience and a spectacle. This notion is particularly emphasised in “A Fictional Utopia and a Real Dystopia”; the observations made about the city are no doubt very local, yet a strange angle is taken. No matter what stance you take on these accounts, the flow of words delivers stimulating, fresh perspectives on the city we live in.

Despite the rich Hong Kong element in the collection, it would be unjustified to say it is only concerned with addressing the local. While I was expecting most works to be written in a Hong Kong setting, it was a pleasant surprise to see a big section of the anthology dedicated to travels and “exotic” experiences. From the detailed description of a two-day trip to Canada’s Elk Island National Park in “All Things Wild and Wonderful,” to a nostalgic Andorra in “Aching for Trees and Company” to a short yet emotional “Ode to Sarajevo,” the anthology covers great geographic distances, forms of writing and themes.

Along with the experiences and thoughts of the contributors, we are also invited to reflect on various issues from and beyond  Hong Kong. What is the nature and role of humankind? What is “normal,” and what is not? What is history, and how should we comprehend it? As the city is currently so torn in terms of both culture and politics, the global perspective of fellow Hongkongers will be particularly interesting and important for defining how we locate ourselves in the world. The selection of works also demonstrates the possibility of a Hong Kong identity with a point of view that co-exists with other locations and/or cultures, and the depictions of other corners of the world allow us to have a glimpse at how “Hong Kong-ness” might possibly dribble into another time and space. However, one can hardly avoid asking the question: if the physical relocation of experiences is viewed alternatively, instead of the Hong Kong element seeping into every corner of the world, could a sense of universality be present in the texts? After all, regardless of the different cultural and geographical contexts of the pieces, the emotions and experiences are universal in one way or  another. The family struggle in “Grandpa Is a Brute,” the confrontation of life and death in “Tarmac,” the routines in “En Route to Work” and the self-discovery in “Open Vertigo” will be relatable to readers anywhere in the world. The anthology covers as many general human experiences as it does Hong Kong experiences—although they inevitably overlap.

As the Imprint team writes in the Forward, the question of “where we are from” is a common challenge for any third-culture person. But is it any easier for those who were born, raised and lived in one place? As I was reading the anthology, I couldn’t help but ask myself all the old, difficult questions again—what actually is Hong Kong literature? What actually is the voice of Hong Kong? When we take a gendered perspective, what actually is the voice of Hong Kong women? These questions are not solved by the anthology, instead it suggests an abundance of possible answers, and a gateway to a journey of discovery and creation.

To use Susan Lavender’s words from her poem “Chinese Opera Trips”: “applause and appreciation / replace criticism and humiliation / because I’m not me / I’m her and she’s happy.” Every her shines in the writing, and we become every her in the process of reading.

Author’s Note: I would also like to note that the WiPS membership directory is included at the end of the book; this thoughtful detail makes it convenient for anyone interested in the author of a particular piece or searching for an expert in a certain field. 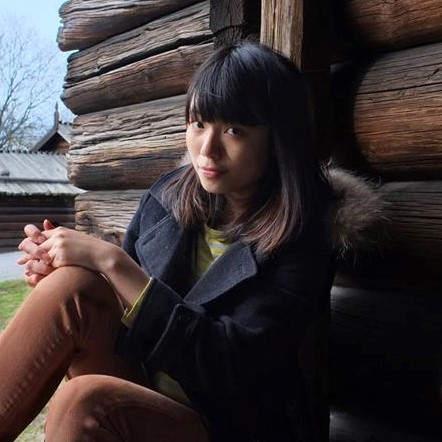 Judy Wu is reading for an MPhil in Gender Studies (Literary Studies) at the Chinese University of Hong Kong. Her research interests include Gender Studies, Cultural Studies, and Post-modernism, and she is currently working on a dissertation concerning the portrayal of gender, youth, and madness in Anglophone literature written in both Eastern and Western cultural contexts.

One thought on “[Review] A Rich Slice of Global Hong Kong: Imprint 16”