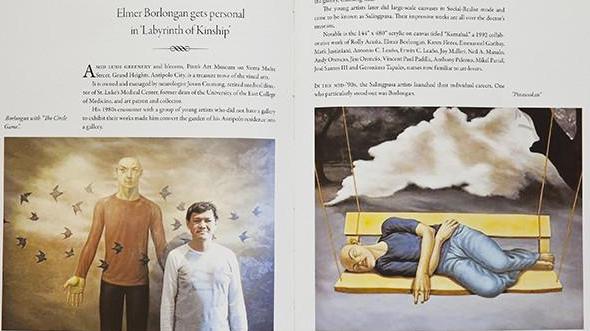 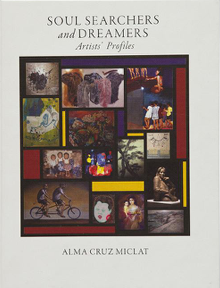 The Philippines’ post-war history of American occupation, dictatorship, economic miracle and collapse and electoral corruption is not glorious. The country’s population has undergone varying degrees of displacement and dispossession. Many of its mothers and daughters become carers and cooks for parents and children in distant lands. Their remittances from Singapore to Alberta sustain the country’s frail economy.

The second half of Soul Searchers and Dreamers: Artists’ Profiles by Alma Cruz Miclat is a collection profiles of Filipino artists previously published in the country’s newspapers. Yet, it is the other part of this book, Miclat’s autobiographical writings, that make it an invaluable document of a lesser known and underexplored diaspora—that of the leftist intellectuals who fled the Marcos dictatorship for Cultural Revolution China.

Mario Miclat, the author’s husband, explains in the preface that post-war Philippines had “no goal nor target to aim for.” On one hand, it became briefly a model to other newly independent Asian nations for its struggles for democracy and signs of increasing prosperity. Yet, with the onset of the Marcos regime in the late 1960s and a faltering economy, many chose to emigrate to their “mother country,” the U.S. But some idealistic intellectuals dissatisfied with the stifling dichotomy of the Soviet and American blocs looked to Maoist China as a third way. The Communist Party of the Philippines was active in campus infiltration, and it was at one of their sessions that Miclat met her husband, then a young scholar-recruiter. Shortly after they married in a clandestine ceremony of exchanging bullets, a scene straight out of a Hollywood vision of Cold War intrigue, they moved to China and resided there from 1971 to 1986, which Miclat terms as her “fifteen long years of exile.” In 1979, the couple started working at the Chinese Ministry of Radio, Film and TV’s Radio Peking as “foreign experts.” Miclat recalls her colleagues fondly, including overseas Chinese from the Philippines who returned to “the embrace of their motherland” during the 1960s, and local Chinese who studied Tagalog as a major and Russian as minor in order to broadcast the anti-imperialist cause to the Philippines, which they saw as a stronghold of American decadence.

However, Miclat’s recollections about this neglected history of diasporic Filipinos and overseas Chinese returnees during the most violent and catastrophic years of Cultural Revolution prompt a series of questions. She all too passingly mentions a fortressed residence, replete with gardens and spacious rooms for foreign sympathisers, such as herself. It is almost impossible to believe in the oblivion of even the most well-meaning among them to the everyday persecutions, denunciations and defamations happening outside their patrolled quarters. Much of Miclat’s China account is glossed over in anecdotes of comradery among the privileged class of expatriate revolutionaries. But what about the Chinese members of the same intellectual class? Were the state-employed foreign workers aware of their plight? Such insularity and optimism is, at times, unbelievable.

And what of underground leftist circles at home? Miclat offhandedly recounts China’s “well-crafted sloganeering” in post-war Philippines and “brainwashing” sessions in universities conducted by charismatic party members like her husband. But here, again, she stops short. There is no further reference to the ways in which the Soviet government and the Chinese Communist Party were involved in the machinations of a sphere of influence on the ground.

The extent of the aggressiveness of Communist propaganda in the region can be seen in the establishment of a Tagalog radio channel during the resource-strapped Cultural Revolution. It was positioned in direct competition with the wider known and still active Voice of America. As the “bamboo curtain” of the Asian front is still side-lined in most discussions of the Cold War, the “iron curtain” remaining the dominant imagery, Miclat’s first-hand account could have been a notable intervention if not for its frustrating evasions.

While many obvious questions about the local reception and precarious situations of foreign “comrades” susceptible to accusations of espionage in the paranoia of Maoist China are left unattended, Miclat’s recollections of her China years is an important narrative of how the personal is embedded in the historical. Both of her daughters were born in China and spent their formative years in the country. Her elder daughter, poet and artist Maningning who tragically took her own life at the age of twenty-eight, was especially well-versed in Chinese painting and literature, which she was taught under the tutelage of a notable Chinese artist in Beijing. The Miclats moved back to the Philippines in 1986 immediately after the People Power Revolution toppled the Marcos dictatorship. Alma Cruz Miclat later became a successful businesswoman with an interest in promoting local artists with a bent toward classicism and romanticised pastoralism. Such is the course of the revolutionary fervour of an individual, as well as utopian projects of post-war Asia.

Born and raised in Hong Kong, Carolyn Lau recently completed her doctoral studies at the Department of English, CUHK, where she now works as a part-time lecturer. She is also an editor at Hong Kong Review of Books.