As a part of the Cha Writing Workshop Series, I visited Valtorta College in Tai Po on Friday 6 July 2018 to speak to a group of 16 Form-5 students about spoken word poetry, and afterwards held a workshop on how to write and perform spoken word poetry that related to students’ own experiences. I conducted a two-hour seminar with the students. The first hour was a presentation that guided students through the roots of modern spoken word English-language poetry from origins in American blues music, the Harlem Renaissance, the Beat Poets, The Last Poets and New York’s Nuyorican Café. Then we explored the contemporary development of poetry slams, performances on HBO TV’s Def Comedy Jam, current spoken word artists in the United Kingdom, and performances by Hong Kong’s own Peel Street Poetry collective.

Since spoken word poetry by its nature is performative, it was important for students to be able to see poets in action, emoting, gesticulating and bringing poems to life off the page. Students were engaged and attentive—even though they didn’t fully understand all the language used in the poems, they were able to understand themes of love and death, anxiety and joy, frustration and triumph in the performances they viewed, such as Daniel Beatty’s “Knock Knock”. They also loved language play as demonstrated through Harry Baker’s “love poem for lonely prime numbers” and Blair Reeve’s “Linguistic Wave Genetics” by Dr Articulator. Sometimes we stopped to discuss some of the performances, and the students expressed their insights—some of the humorous pieces were not always easy to comprehend for some, but students grasped the power of most performances and enjoyed them.

For the workshop section, after giving students guidelines on how to write and perform spoken word, I was challenged to write a poem in two minutes on any topic the students chose, and perform it immediately afterwards. Even though it wasn’t my greatest performance, it galvanized students to write their own poems on whatever topics they chose. Over the course of 10 minutes, the students wrote hard and their results were marvellous. Students wrote about shyness, about writer’s block, the desire to serve in the military, and about video games. They wrote about school life, the meaning of life and daily struggles. Unanimously, they each performed with confidence and courage. Some played with linguistic rhythms from what they had seen on the screen. Others rendered their poems stark and plain, but no less powerful for the emotion they conveyed. The students expressed themselves ably; they spoke of themes they had observed, desired or experienced.

Most importantly, this small group of Form-5 secondary students at Valtorta College learned that they could write effective spoken word poems in English. They all stated that they thoroughly enjoyed the experience. I also immensely enjoyed teaching the students at Valtorta College, and I look forward to them continuing to learn more about performative poetry and further developing their craft. 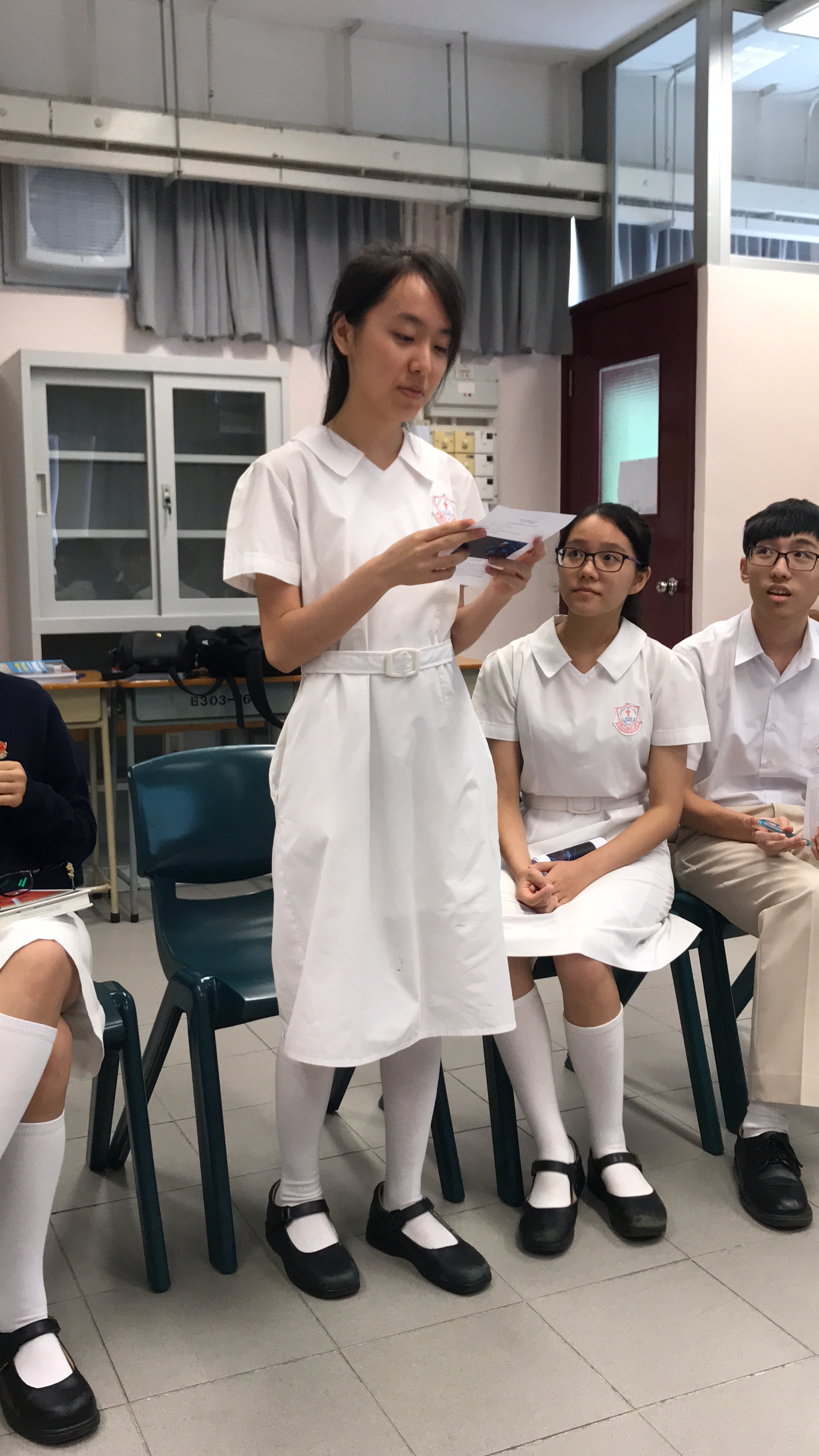 ///// The Cha Writing Workshop Series: We plan to hold one to two writing workshops every month, for local school children (all levels), as well as economically and socially disadvantaged groups. If you’d like to suggest an idea, please contact the organisers, Tammy Ho (t@asiancha.com) and/or Eddie Tay (eddie@asiancha.com). Click here to see a list of past and future workshops. And click here to read instructors’ reflections on the workshops. /////