{Written by Samantha Toh, this review is part of Issue 41 (September 2018) of Cha.} {Return to Cha Review of Books and Films.} 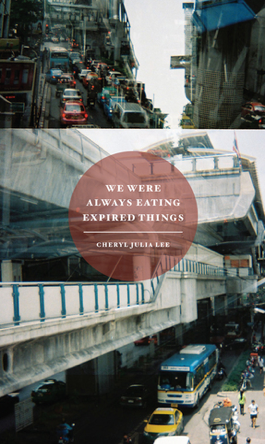 I picked up a copy of Cheryl Julia Lee’s We Were Always Eating Expired Things one afternoon, just over two years after it was published in 2014. It had just been shortlisted for the Singapore Literature Prize of 2016. More importantly, a trusted friend had called it “fresh,” and noted that its pages promised “potential.” Potential is a dangerous word. It can signify a glimmer of promise, in a book still immature and yet unformed. Or it can be a book, already tall on its own two feet, solid and worthwhile, with future volumes by the poet able to jump to even greater heights. It was worth understanding what this potential meant. With this mindset, I opened the book.

Lee’s debut collection is slim. Of the twenty-nine poems, nine are titled only by Roman numerals in a sequence from I to IX. These structurally divide the book into chapters of two to three poems, with each cluster centred on subjects ranging from relationships falling apart and a family falling apart, to death, growing up and desire. Connecting these themes is a central one of loss, the acknowledgement of its inevitability and the stubborn, continuous fight to retrieve what is already gone. The poems remember incidents happening from a distant past and expand upon them. As Lee warns us in the opening poem, “Take Your Shoes Off Before Stepping Inside”—the title itself alluding to the practice before entering a home one is visiting—”Entrance is free but please, no running and take the time to look at everything.” Like the poem, which takes the reader on a whirlwind tour of desperation and abandonment across Paris, Oslo and the Mekong, this warning resounds for us readers, too: Lee has laid out flashes of a life, and we must pay attention to understand how it comes together, or perhaps how it all fell apart.

Undergirding this plethora of memories is the series of poems numbered I to IX. Read together, they make up a single prose poem narrating the slow dissolution of a family’s bond. In “I,” which starts with the titular line, “We were always eating expired things,” Lee paints the picture of a family both wilfully and naively drawn to food beyond its optimum freshness. The family does not seem to realise that the food has gone bad; they continue to consume it even after discovering that it has expired. The image of food expiring parallels that of a home breaking down, both the family’s physical home (as told in “IV”) and the relationship between family members. “VI,” for example, tells us about the mother, “who caned us when we did something wrong,” an act that drives a wedge between her and her children, who run away from her many times. “VII” drives yet another wedge, this time between the siblings as Lee reveals that the mother hits one sister less because she’s prettier. By “VIII,” the family is living apart even within the same home—”we all had our own rooms”—and by “IX,” the narrator herself has left the house.

This slow disintegration of the family, like the slow rot of food, is the architecture that—ironically—holds the book together. The overarching sense of loss runs through the other titled poems, however disparate their individual content. The loss of life is fleshed out in a section on the grandfather, who passes away from cancer. “Chopsticks,” for example, is a poem that goes full circle, starting with the grandfather’s lessons on how to use them, and ending with the family using chopsticks to pick up his ashes for the altar. The loss of virginity in “They Tell Us The First Time We Make Love It Should Be With Someone Special” starts with impatience—

[…] tired of waiting, I ran out to the highway
and thumbed a ride with the first man
who walked by
—and ends with fatigue, a regret:
I, instead, ached to be laundered
so the next occupant
could begin with fresh sheets.

So irretrievable is what has been lost, so irreparable the situation, as are the broken “cup lids, the chair in the study, my parents’ marriage, camera lenses, people” that Lee describes.

Yet the book does well to refrain from melodrama. Its poems are members of an orchestra, not a hysterical soloist. By speaking to each other, they reveal much about the familial dyads without ever staging a big reveal. In describing the deterioration of the narrator’s relationship with her father, for example, the bulk of “Forehead” describes the father’s attempts to make his daughter less concerned about her forehead, which she thinks is

[…] so wide
you could serve breakfast
on it and still have space
for dessert.

Through cajoling, persuasion and the final point that the narrator’s forehead is a shared trait, a gift from father to daughter, the narrator wears her forehead proudly for some time, only to reveal that “lately, I have been cutting bangs.” While the poem doesn’t say more—and doesn’t need to—other poems in the book fill in the gaps, giving us glimpses into who the characters in this book are. From “Conversations with My Daughter,” which hints that the father must earn her forgiveness for something he has done, to “earn back my right to that last syllable,” to “The Lemon Table,” where the father cuts an ominous figure—

Father’s razor still holds your skin
and I am afraid of a wedding ring.

—the collection tells a story. Its narrative arc shows the thought with which the poems have been pieced together to form a larger picture.

The book’s own jacket describes the poems as dealing with the “impossibility” of human connection. In a 2014 interview with Adroit Journal, Lee herself described human connection in the collection as “this inherent desire to reach out to people, to be reached out to, but also this feeling of never really quite touching each other.” I find this description overly pessimistic. We Were Always Eating Expired Things has a cast of characters who do connect in moments of understanding, as clumsy, hurtful and transient as these collisions are. Lee has taken the personal and made it relatable, deftly navigating away from the whine, the self-centred “me story” that often dominates the kitchen sink dramas of individuals.

Which means that at the very least, she has connected with one reader, one that understands the potential of the poet, and looks forward to more to come. 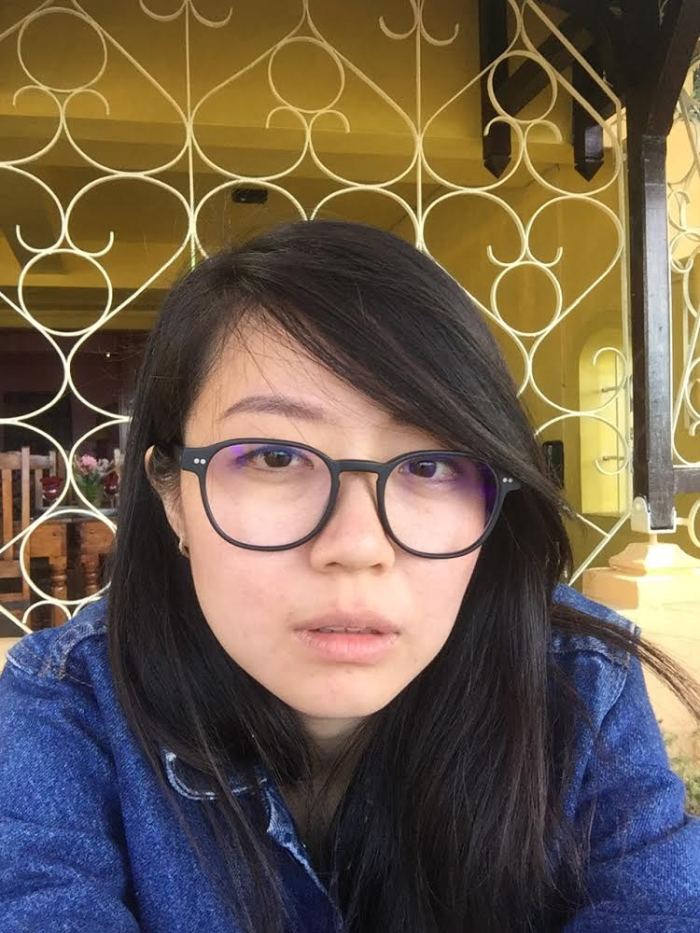