{Written by Susan Blumberg-Kason, this rejoinder is part of Issue 42 (January 2019) of Cha.} {Return to Cha Review of Books and Films.} 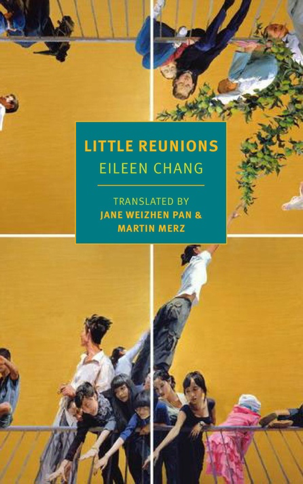 Last week, I read with interest the letter from Jane Weizhen Pan and Martin Merz in reference to my review of their English translation of Eileen Chang’s Little Reunions. A few days later, I was fortunate enough to meet Martin Merz at a literary event in Hong Kong and had a lovely chat about the book, his translation with Ms. Pan and my review. While we were chatting, he encouraged me to reply to his and Ms. Pan’s letter. So I’d like to go through the points they listed in their letter and illuminate the places where I wasn’t clear in my review.

As I explained to Martin Merz, I reviewed Little Reunions from a feminist standpoint and my sole objective in referring to the original Chinese was to see if Eileen Chang was in fact a feminist before her time.

I wrote in the beginning of my review that big reunions are family get-togethers around major holidays like the Lunar New Year, but “little reunions are smaller gatherings—perhaps just between mother and daughter.” My choice of words in using “just” was not a good one and instead I should have written “Little reunions are smaller gatherings—perhaps as small as one between mother and daughter.” What I was referring to was the overarching tension between Julie (based on Chang) and Rachel (based on her mother). Rachel is a progressive woman, jaunting off to Europe for ski trips and leaving her children for years at a time. She encourages her daughter Julie to study abroad in England just as she had done, but there’s not enough money for that and Julie ends up studying in Hong Kong. I singled out this relationship when I referred to what might constitute a little reunion in the story because of this contentious relationship between two women who are both progressive yet traditional at the same time, but I didn’t mean to conclude that it was the only little reunion the book discussed. In speaking to Mr. Merz about this, he informed me that a little reunion Chang wrote about in the book was a gathering Julie’s husband wanted to plan with her and all the women he’d been with. Julie wouldn’t have anything to do with that.

In another instance, I checked the translation of “In the end I forced myself upon her . . . perhaps that is always inevitable—but of course you were different.” I wanted to know if Julie’s husband really wrote that it was inevitable for him to force himself on a nurse (therefore almost taking the blame off himself) and when I didn’t see “perhaps that is always inevitable” in the original Chinese, I pointed it out. I understand now that translation is not word for word as I was doing, but also takes into account cultural nuances of the era. I apologise for inferring that the translators added a words on their own. But I also want to reiterate that I wasn’t trying to check their work, but rather examine if Eileen Chang was writing about topics that were still taboo in the West even decades after Little Reunions was first published in Chinese in the mid-1970s.

The most fruitful part of my talk with Mr. Merz was discussing Eileen Chang herself. Mr. Merz told me that Chang spoke up about sexual assault in her teens. But she also got herself into incredibly abusive relationships, including her emotionally draining first marriage. (Her first husband is the model for Julie’s husband in Little Reunions and Mr. Merz explained to me that Chang’s husband was much more awful in real life than the way she described the husband figures in her books.) This dichotomy between feminism and putting up with misogynists is one of life’s great conundrums. Women often find themselves in these predicaments—as we’ve seen in the emerging MeToo movement—yet are no less feminist than other women who fight the patriarchy and may not become involved with misogynists. Eileen Chang was a master of portraying this contradiction.

I’m grateful to Mr. Merz for the chance to discuss Eileen Chang and Little Reunions. After we parted on the MTR, I felt even more confident that Chang really was a feminist pioneer. In the future if I ever compare translations, I will be more careful about my intentions and inferences. 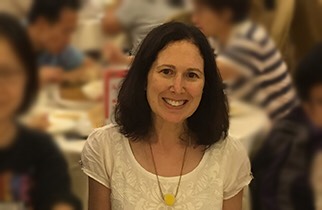 Susan Blumberg-Kason is the author of Good Chinese Wife: A Love Affair With China Gone Wrong. Her writing has also appeared in the Los Angeles Review of Books‘ China Blog, Asian Jewish Life, and several Hong Kong anthologies. She received an MPhil in Government and Public Administration from the Chinese University of Hong Kong. Blumberg-Kason now lives in Chicago and spends her free time volunteering with senior citizens in Chinatown.