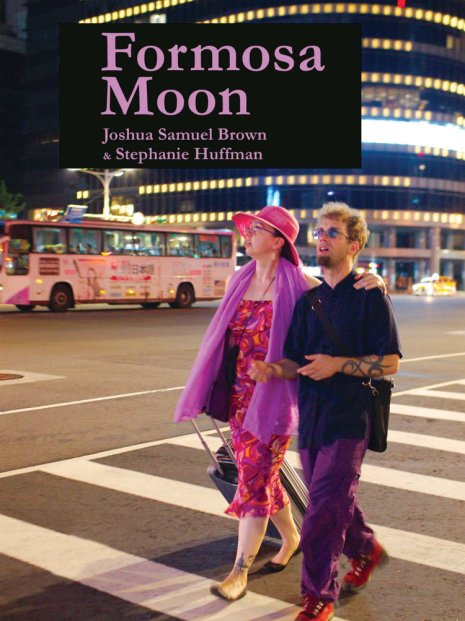 Smangus, the most remote village in Taiwan, is known for the island’s best natural beauty and its absolutely worst roads. The trip there is so winding that it caused even veteran travel writer Joshua Samuel Brown to suffer from violent car sickness. When he and co-author Stephanie Huffman finally made it to the hamlet, they were greeted by the sight of pork roasting over a fire pit and a chance to meet the village chief. While waiting, Stephanie was surprised when a small child tugged at her and asked an unexpected question: “Is Trump your president?”

Formosa Moon is curiously formatted, almost like a blog in print form. Joshua and Stephanie are represented by two cartoon avatars, which pop up to tell the reader who is authoring each segment, making the text read like a conversation between two very distinct voices. Longer essays are punctuated by photos, sidebars and many practical travel tips.

The book is also a love story between two self-described “middle-aged pagan flower children” trying making a life together in a new place. It begins with Joshua and Stephanie packing up their apartment in Portland, Oregon before flying to Taiwan. Joshua has given Stephanie “the Talk,” with an ultimatum that if she wishes to stay with him, she must also embrace his love of Taiwan.

At this point, the two could not come from more different viewpoints. Joshua is a fluent Mandarin speaker who moved to Asia in the 1990s, and spent years writing dozens of Lonely Planet guides from Singapore to Belize. Stephanie is a gluten-allergic, small-town girl from the American Midwest. Before she met Joshua, she only vaguely knew that Taiwan was Asian, an island and exported something.

In the beginning, Joshua is clearly the tour guide both for Stephanie and for the reader. Sticking to his Lonely Planet roots, he offers plenty of helpful suggestions, lists and maps, all tinted by his sarcastic humour.

For example, a FAQ on Taiwan reads:

The list of local celebrations include the usual Lunar New Year and Mid-Autumn Festival, but also the Woodstock-like SpringScream and the Beehive Bottle Rocket Festival, described as “the world’s most dangerous festival.” Joshua sums it up in two words: “protective gear.”

Formosa Moon is refreshingly honest about the many ways that travel can go sometimes go right, and sometimes go very wrong. Some segments, like the “How and Why of Wulai” are lovely. Others, like “How Not to Get to Wenshan Hot Springs” come as dire warnings.

As a world-weary tour guide who has taken innumerable tourists to the Palace Museum, Joshua is quite cynical about Taipei’s main attractions. And this comes through in chapters like “Seven Taipei Museums without the Jade-ite Cabbage.” But for Stephanie, seeing what is probably the world’s largest vegetable-shaped jewel in the historic Palace Museum was a wonderful experience.

One of the advantages of having two authors is that each activity and place is reviewed from two points of view. Stephanie loves beauty treatments, while Joshua must be the only person on earth to complain about having to visit the Grand Hyatt spa for work. The Fairy Cave was wondrous for Stephanie, but terrifying for claustrophobic Joshua. Meanwhile, Joshua failed to impress his girlfriend at a restaurant where guests are required to rip a roast chicken apart with their hands. (Travel tip: This is not a good date night idea.)

As the book goes on, Stephanie increasingly finds her own place in Taiwan and her own voice. She has her “a-ha” moment while looking at potehi, or traditional glove puppetry, at the Taiwan Theatre Museum in Yilan. “I’d found a place designed specifically for me in mind,” she writes, adding that the experience inspired her to study local crafts at grad school.

She celebrates her birthday by eating mini octopus speared on a stick and seared with a blowtorch, and then getting a foot massage where tiny fish eat the dead skin off her feet. Despite her allergies and her initial shock at the chaos of Taiwan night markets, she learns to savour the local food—from organic food cooked by a grandma in a hot-springs town, to her favourite black-sugar cake.

Formosa Moon is not meant to be a deeply literary work, and it rarely waxes poetic. But there is great heart in this book. The authors’ love for Taiwan comes through in their descriptions of Buddhist statues and pagodas, graffiti art and weird street food. You feel their heartbreak when they visit a temple destroyed in the deadly 1999 earthquake, and their sympathy when they see a blind masseuse give a free treatment to a disabled customer.

There are great turns of phrases, like “where gruff tattooed men sling sea urchins for tourists” at Keelung Miakou Night Market. Or when a reflexology treatment is summed up with the observation: “sometimes pain is a prelude to growth.” (This from a man who once starred in a viral video of a foreigner screaming for mercy at a Taiwanese foot massage place.)

One of the best chapters is from Sun Moon Lake, a well-known romantic tourist spot. Joshua and Stephanie arrive for some R&R, only to find that an extremely noisy three-day funeral is taking place. Instead of staying annoyed, they muse about this “peculiar mingling of love and death” and observe that “Taiwan doesn’t change its tempo for you.” This is a book that takes its time to unravel the true fabric of a place. 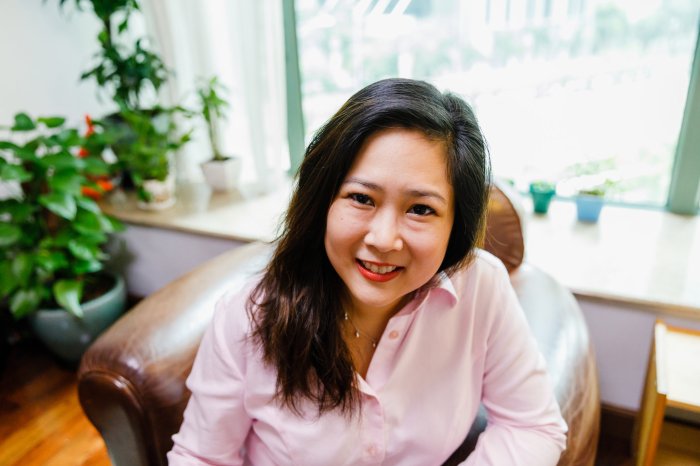 Joyce Lau has been writing professionally since she walked into the Montreal Mirror offices as a 19-year-old college sophomore, and followed the editors around until they finally acquiesced to letting her compile the band listings for a small fee. Her days at McGill University were spent typing away in the basement newsroom of the Tribune, the campus paper. She soon graduated to publishing in magazines like Canadian Business, NOW and Toronto Life. In Hong Kong, she worked as the managing editor of HK Magazine, and as the arts editor of The South China Morning Post, where she still writes freelance book reviews. Most of her journalism career has been at The New York Times, where she specialised in penning long-form features on art and culture. Joyce now works for Civic Exchange, an environmental policy think-tank. She lives in Hong Kong with her husband, two young daughters and an elderly cat.