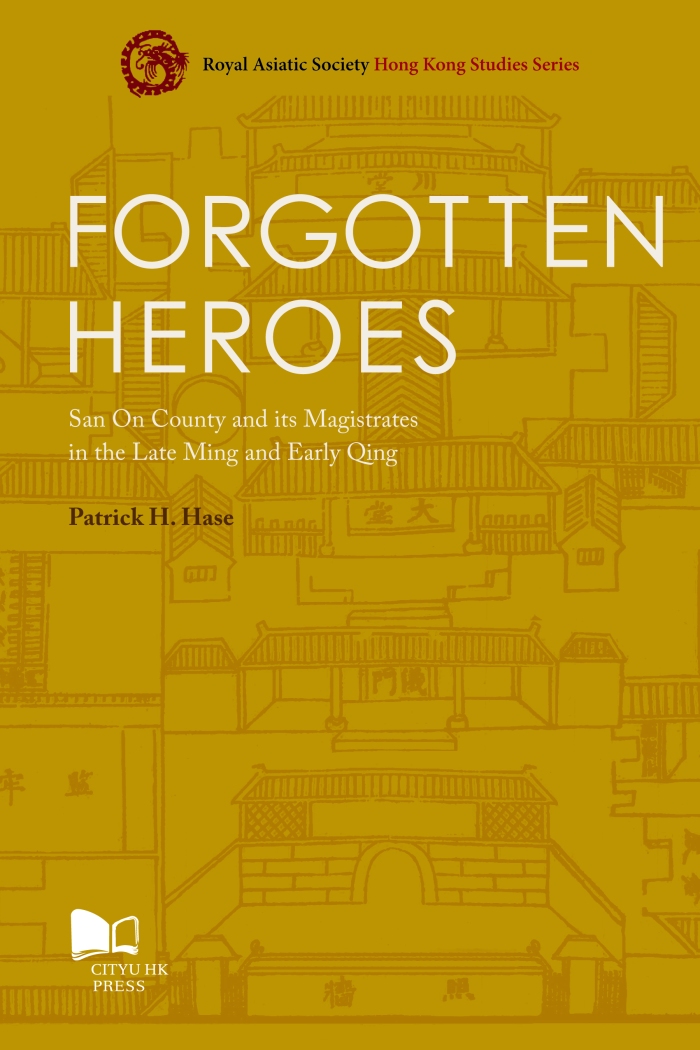 Tourists in Hong Kong usually hear from their guides that the island was a pirate cove. The world knows it as an island captured and developed by the British after the Opium War, before Hong Kong’s territory was expanded into Kowloon and then the New Territories. In the second part of the twentieth century, Hong Kong served as the global window to China. What the world knew as Chinese movies, Chinese food and the Chinese language were mainly Cantonese products coming out of Hong Kong.

Forgotten Heroes: San On County and its Magistrates in the Late Ming and Early Qing, by Patrick H. Hase, a former president of the Royal Asiatic Society Hong Kong, shows what Hong Kong and Shenzhen were like before the British came. It was a frontier, the southern edge of the Chinese empire. Han Chinese merchants had traded with Yue and Southeast Asian people in Guangdong for about 200 years before the Qin Dynasty (221–206 BCE) conquered it in 234 BCE.

The Pearl River Delta was valuable for sea salt mining and pearl hunting, and as a gateway to the international port of Guangzhou. Lantau Island was depopulated in 1197, its native population were enslaved in the mines or in military bases at Tuen Mun and Chaozhou.

The San On (Xinan, New Peace) County was founded in 1573 to defend the Pearl River from the threat of the international pirate Limahong. For most of periods studied by this book, the territory was a conflict zone, experiencing anarchy, battles between Qing and Ming loyalist armies, and seven years of the inhumane Coastal Evacuation. Plagues, pirates and floods also preyed on San On.

Governing this wild south were county magistrates. Surviving records of their biographies dated from 1688, and a shrine to revere the best magistrates was made in 1819. They were northerners, as the central government believed homegrown leaders would favour clansmen. Meanwhile, their deputies had to be able to speak both Mandarin and Cantonese Chinese, to bridge the magistrate and the local population.

The book picks two magistrates to represent the two eras of the seventeenth century: Zhou Xiyao the late Ming Dynasty(1368–1644) magistrate and Li Kecheng the early Qing Dynasty (1644–1912) magistrate. Zhou was in his fifties when he became the magistrate, and months into his post in Nantou (now a part of Shenzhen), outlined problems the county faced.

The sea was his first concern. The coast guard was loaning flags and badges to pirates, who used them to board ships in the name of inspection. He ordered the army garrison to punish the rogue coast guard, unaware that the soldiers were also in the business. Zhou also failed to incorporate the Tanka sea nomads into the baojia neighbourhood system. He was more successful in blockading the Mirs Bay to stop unauthorised trades with Yao villages, and in tackling salt smuggling between Lantau and Nantou.

In the end, the fall of Ming Dynasty and the brutality of a frontier society was too much for Zhou. Dealing with scammers claiming financial compensation for dead beggars was one thing. Facing landowning clans who operated like crime syndicates was another. In 1644, he resigned and spent the rest of his life back in Jingde, as Qing troops marched into San On.

The Qing army sacked Guangzhou in 1650. Zhu Youlang, the last pretender to the Ming, was executed in 1662, but the nightmare just got worse for San On. Zheng Chenggong, a Ming loyalist famous by his Hokkien honourific Koxinga, had built his kingdom in Taiwan. Rather than building a navy to face him, the Qing believed it was more effective to clear the whole southern coast of people.

The Coastal Evacuation order didn’t consider the welfare of the 16,000 people unrooted from their villages and towns, and how they would survive 50 li (25 kilometres) inland. Even before the evacuation, bubonic plagues, famine and bandit raids had devastated many lives. The settlement ban was lifted in 1669, but islands like Lantau and Hong Kong were only repopulated in 1681.

The man to recover San On was Li Kecheng. His family served the Manchurian elites well, and this Liaodong native was also in his fifties when posted to San On. If Zhou Xiayo’s main agenda was law enforcement, Li’s primary concern was rebuilding. His personal funds covered the rebuilding of the Confucius Temple and the city walls, although typhoons sadly kept hitting Nantou throughout the 1670s.

The Coastal Evacuation also deprived social order in San On, as quality junior staff were hard to find. The magistrate’s field officers prioritised their allegiances to their villages and clans. Meanwhile, Li found it difficult to secure more funds from the provincial government, as the Guangzhou mandarins believed the county magistrates were inferior Confucians.

The fourth quarter of the book is the best part, as it explores the roots of two things associated with twentieth century Hong Kong: commerce and corruption. As mentioned, the top commodities of San On were salt and fish. The Portuguese might have kickstarted the region’s interest for commercial fishing from their base in Macau. Deep sea fishing was illegal under the Ming, but Zhou Xiyao defended the fishermen, so Hase argues that he was the pioneer of Hong Kong’s fishing industry. Salt mining, meanwhile, stopped being profitable due to a high tax rate and low price, and state monopoly ended in 1801. The fields were rented out to private tenants, tax-free, and the British government kept this arrangement until the 1960s.

Like in other empires, corruption was normal in China. Imperial taxation was low to prevent uprising, and so Lord Macartney expressed his astonishment in 1793 that the tax rate in China was lower than in Ireland, already Europe’s lowest. As a consequence, the governments never had enough cash.

The solution, without breaching the Confucian ethics and imperial laws, was to introduce local taxes and hope that the local tax revenue would far exceed the provincial quota. Moreover, there were all kinds of bureaucratic fees—an ink and paper fee, investigation fee, seal fee, gate fee (plus beating) for frivolous reports, and even the magistrate himself had to pay writing fees to clerks. Magistrates also relied on private funding from clans, to the point that by the nineteenth century, gentries had become the most powerful entity in Guangdong.

Forgotten Heroes is an interesting period drama masquerading as a dry academic book written in somewhat old-fashioned English. Hase’s objective is to recover the reputation of magistrates, long vilified by Cantonese opera and novels. Rather than corrupt mandarins and cruel sheriffs, here he defends them as forgotten heroes, people who created the path to modern Shenzhen and Hong Kong despite the brutal odds. They strived to apply the values of Confucianism to the frontier, and despite mixed results, their dedication and bravery show that virtue is worth pursuing.

Mario Rustan is a freelance writer living in Bandung, Indonesia. He regularly writes for The Jakarta Post and for Magdalene, an Indonesian feminist website. By the time you’re reading this review, he is taking a personal project to migrate to Sweden.