Zak Dychtwald, Young China: How the Restless Generation Will Change Their Country and the World, St. Martin’s Press, 2018. 304 pgs. 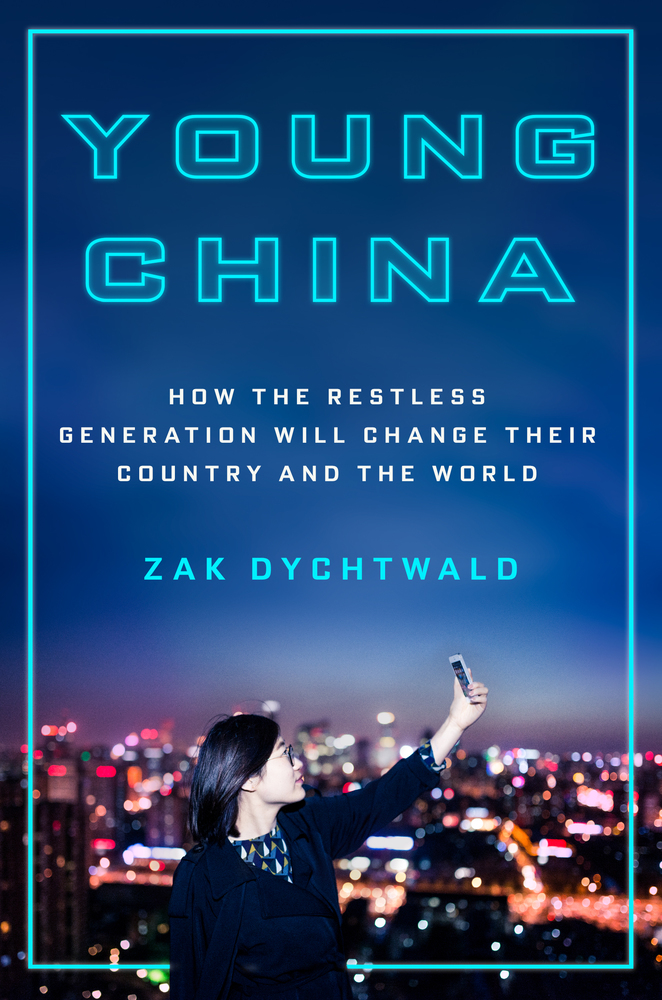 Zak Dychtwald’s Young China: How the Restless Generation Will Change Their Country and the World was published in 2018, exactly thirty years after Paul Theroux’s award-winning travel book Riding the Iron Rooster: by Train Through China (1988). Written during the years of China’s phenomenal economic boom and increasing global influence, Young China provides a refreshing update to Theroux’s depiction of the nation in 1980s. Like Theroux, Dychtwald travelled far and wide on China’s “matrix of railroads” that stretches “forty-six thousand miles” across the country. Unlike Theroux, who came and went as a visitor, Dychtwald spent years working in China, learning its language, culture and history and sharing lodging, study, work and leisure with his numerous Post-90s generation friends. Though the approach of this book can still be described as “Western normative,” Dychtwald’s description is rich and nuanced, and his tone is friendly, respectful, warm and energetic.

At the start of the book, China in Dychtwald’s imagination is a mysterious parallel universe, where he needs to safeguard himself not only against pickpockets and counterfeit goods, but also against disease-spreading prostitutes who steal money and human organs. Despite this, he was intrepid enough to move to the country in 2012 without a job and not knowing the language. The encounters in the book unfold like Harry Potter discovering the wonders of the wizarding world with the guidance of Hagrid and Ron. Though the social-cultural environment was dramatically different and unsettlingly alien, Dychtwald met welcoming, open-armed and kind-hearted friends everywhere he went. He describes the people he meets with a touch of wonder, awe and deep empathy.

Dychtwald tells his readers that his Young China is about the Post-90s generation, who were born into China’s age of prosperity. To be precise, the book is actually about urban educated young Chinese in their 20s, who make up the majority of his interview subjects. This means the perspective of the book is necessarily skewed to focus almost exclusively on the beneficiaries of China’s economic boom. Those “bare branches” in remote rural villages—those who cannot afford an education and sometimes need to empty three generations of savings to purchase a wife from Vietnam or Laos—do not feature at all in the pages of Young China.

Dychtwald demonstrates with conviction that personal aspirations are the driving force of the urban educated Post-90s youth. He paints a decisively bright collage of this smartphone wielding “me” generation: from the diligent Bella, who practically lives in her university library for a whole year, yet is still a hair’s width away from passing her graduate school entry exam; to the courageous Wendy, who falls in love with a married man and choses to have their child out of wedlock and suffers vicious discrimination and social rejection; to the charismatic William, who embraces his homosexual identity and lives a life (almost) free from traditional constraints; to the Confucian scholar Tom, who sees joining the ruling party as the only way to bring positive change to society. They are ambitious, driven, hardworking and unconventional. The windmills that this generation of Quixotes are battling are not iron political fists, but cultural expectations deeply rooted in tradition.

It is not clear “how the restless generation will change their country and the world,” because the ambitions of the Post-90s generation are clearly geared towards personal success rather than shaping the future of society. Bella’s Chinese dream is her pursuit of personal happiness; William’s is to live life out of the closet and still have the option of having children through surrogacy; Wendy fights for her right as a partner and for her baby’s life; Tom, the future cadre, is the only one who wants to play a role in shaping his country’s future, yet even he declares that the root of his ambition is to prevent his child from “having to ride the subway.” It seems that excessive individualism has overtaken China’s youth.

Compared with the generations before them, this generation lives in a gilded cage. The relative peace, prosperity and personal freedom they have experienced is unprecedented in the history of modern China. Their grandparents suffered through the Great Famine (1958–62) that claimed 45 million lives; the survivors then faced the Cultural Revolution (1966–76) which completely demolished the institution of governance and sent millions of youth down to the remote countryside for re-education by poor peasants; the gunshots of Tiananmen in 1989 still echo in the ears of their parents. However, for the Post-90s generation, the bloodshed of 1989 is a mere paragraph in their history textbooks that will never be tested, and therefore never be learnt. Thanks to the “Seven Speak Nots” (七不講) policy implemented in 2013, which made the Party’s “past errors” one of the “speak nots,” this generation grew up in blissful ignorance of their country’s past traumas.

Dychtwald’s Young China is a country with rapid growing wealth and prosperity, yet it is ceaselessly haunted by undercurrents of discontent. In the words of future cadre Tom,

We remember rags. Now, as a country, it feels we are returning to riches. We’re doing it faster and on a larger scale than any other country or empire in the history of the world as we know it. For that, you have to sacrifice.

The “sacrifice” Tom refers to is the oppression of investigative journalists and human rights lawyers who undermine the power of the Party. This explains why in Dychtwald’s Young China, the thriving country eerily resembles Hong Kong writer Chan Koonchung’s (陳冠中) 2009 novel The Fat Years (盛世 中國 2013年), translated into English by Michael Duke in 2011. Everyone lives in apparent happiness and prosperity, while any discord in the symphony of China’s peaceful rise is quickly silenced.

The urban youth that Dychtwald depicts love their country partly because this sentiment has become an obligation built into their school curricula from primary school onwards and partly because they have experienced rapidly improving living standards and witnessed their nation’s rising global importance. In their parents’ generation, same sex affection could be labelled as “hooliganism” and was punishable by death; while in their lifetime, gay bars have become a rapidly growing business in posh cities. In the past, “eating bitter” (in remembrance of poverty-stricken days) was a regular communal exercise, which is now gleefully replaced by eating hot pot, singing karaoke, running marathons and travelling within and outside of China. The conditions of life have dramatically improved, yet a gilded cage is still a cage, and the Post-90s youth know it well. Before a conversation with Dychtwald, Tom the future cadre took routine precautions, such as turning off their phones and unplugging their Internet modems.

There’s no way of knowing whether Dychtwald is aware that his book titled Young China reminds some of his Chinese readers of a deeply influential essay called The Theory of Young China (Shao Nian Zhong Guo Shuo, 少年中國說) written by Liang Qichao (梁啟超) in 1900 after the failure of Wuxu Reform (戊戌變法). In his essay, Liang points out that the future of China depended upon its youth. If young people in China are intelligent and strong, they could create a country with inconceivable strength. Yet if they are already aged (by which he meant compliant with the existing system), then the end of the country is nigh. With its youth who seem to be interested only in personal well-being and material comfort, Young China is apparently already aged by Liang’s standards.

Dychtwald points out that the global climate is partly responsible for the Post-90s youths’ disillusionment with the pursuit of democracy. They are growing up in an age when democratic systems are experiencing political decay. They witnessed the rise of Donald Trump, the poverty of democratic India, the chaos in the aftermath of the Arab Spring. They learnt to value the ruthless efficiency of the authoritarian Chinese government. How will China’s restless generation shape their country and the world? Even at the very end of the book, this question remains unanswered. The picture that emerges with increasing clarity in its final chapters is that China is turning into Aldous Huxley’s Brave New World—a country derailed by materialism and self-indulgence. Devotion to a greater community and the pursuit of improving social institutions is nowhere to be seen. 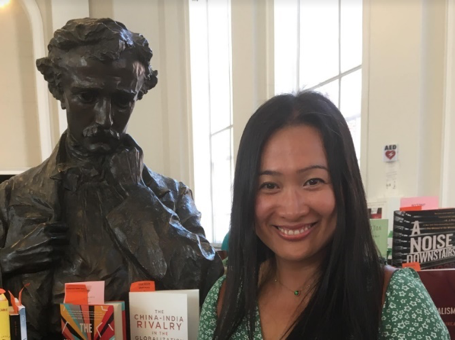 Emma Zhang is a lecturer of English in the College of International Education in Hong Kong Baptist University. Her research interests include comparative literature and comparative mythology. Her doctoral dissertation “Domination, Alienation and Freedom in Ha Jin’s Novels” (2015), analyses Ha Jin’s novels in connection with contemporary Chinese society. Her other works include “Father’s Journey into Night” (2013), “No End in Sight – the myth of Nezha and the ultra-stable authoritarian political order in China” (2018), and “The Taming of the White Snake – The oppression of female sexuality in the Legend of the White Snake”. She is currently working on translating ancient Chinese legends Nezha and The Legend of the White Snake.