Mao Xiang (author), Jan Fang and Lifang He (translators), The Romance of a Literatus and his Concubine in Seventeenth-Century China, Proverse, 2019. 224 pgs.

Mao Xiang, a seventeenth-century Chinese artist and calligrapher, left behind paintings and scripts that, today, sell for large sums of money at auction houses like Christie’s and Sotheby’s. He also left behind a memoir titled Reminiscences of the Plum-Shaded Convent. Now available as the The Romance of a Literatus and his Concubine in Seventeenth-Century China (translated by Jun Fang and Lifang He), it gives modern readers a window into the rich, complex and disastrous world of China in the mid-sixteen-hundreds. A love story, a chronicle, a meditation and an exploration of relationships, it resonates with the currents of this rich and violent era.

The memoir centres on Mao’s relationship with Dong Xiaowan, a courtesan who is known as one of the “Eight Beauties” of seventeenth-century China. Courtesan is a euphemism for what we would call a high-class prostitute or escort girl. These women were sold or sent off to “Pleasure Houses” where they would practise their trade. In order to attract wealthy and cultured men, they learnt how to sing, write and recite poetry, dance and sometimes, draw and do calligraphy.

The relationship between Mao and Xiaowan began oddly. “After meeting me,” Mao writes, “she was determined to marry me.” And she was. Not wanting to spend her life working as a “singing girl” (another euphemism) she pursued Mao—literally, following him, determined that they should be together. Her persistence paid off. After a time, he agreed to her wish, sent her away so he could negotiate her entrance into the family, and, after friends paid her debts, arranged to move her into his household as a concubine.

Concubines were brought into homes to assure that a man would have heirs and were accepted as “second wives.” Mao’s wife accepted Xiaowan and the two women become friends. She learnt calligraphy and painting. She also stayed close to Mao during the chaos of the time: invasions by rapacious bandits and soldiers who were little better than the bandits who had preceded them. Mao, Xiaowan and other family members fled and navigated the dire situation, barely escaping with their lives. Mao writes that “only eight of us had escaped unscathed, while close to twenty of our servants and maids had been killed, and nearly all of our long-treasured articles and clothes had been lost.” After this episode, Mao became gravely ill. Xiaowan nursed him back to health, and their relationship continued until her death.

The book gives us a window into the complexities of culture in that era and plunges the reader into the dangers and trials that descend when order and peace are displaced by war and anarchy. It includes the translation of the text, the text in the original Chinese, a valuable introduction, extensive footnotes and a bibliography. It presents the complex (and contradictory) gender relations that existed in the period. It informs us, to some extent, about the world of the fine arts at the time, from calligraphy and painting to perfume-making and song-craft. But above all, it is a love story—a memoir about an intimate relationship. And that, oddly, is the place I found it most deficient.

For a memoir of an intense and intimate relationship, and one written in the age of Du Fu and Li Bo, it comes across a being rather prosaic. I was expecting the expressive delicacy of the era characterised by those two poets, but the memoir of Mao Xiang reads dully at times. When he speaks of Xiaowan, he catalogues her virtues, abilities and what makes her attractive to him—but just that: he catalogues. I never got much of a sense of her. The writing does not express her soul, her inner being or the personal magic that attracted Mao to her so much.

Artists are sometimes not particularly expressive in areas outside of their realm of excellence. I have met gifted writers who are terrible conversationalists, admired musicians who are dull and boring when you sit down to talk with them and great poets who can only drone on about the weather and their last trip to Florida. We should not think that Mao’s abilities as an artist and calligrapher would necessarily make him a gifted writer. After all, artists pour their creativity into a certain discipline. We should not expect them to shine in one area just because they shine in another. This may be the reason his memoir of tender love sometimes reads like a grocery list.

And yet the book accomplishes much. The Romance of a Literatus and his Concubine in Seventeenth- Century China is highly valuable and informative text for anyone desirous of entering that world, that time and the lives of those who inhabited it. 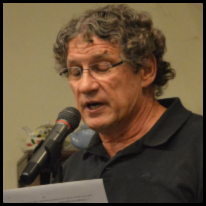