{Written by Raphael Chim, this review is part of Issue 45 (January/February 2020) of Cha.} {Return to Cha Review of Books and Films.}

Sreedhevi Iyer, Jungle without Water and Other Stories, Jetstone, 2017. 155 pgs. 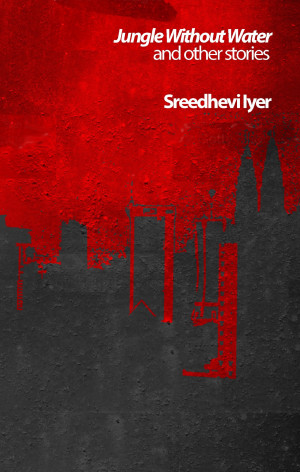 The back cover of Jungle without Water and Other Stories says that “alienation works across cultures, across boundaries of inequality”—yet, alienation is not the work of one person: it is always an alienation of one by another, even if, especially if, it is a case of alienation within oneself. How then can a short story, written in any other manner than the third-person omniscient, “represent” alienation “properly,” if the properness of representation is our concern here, and offer us a partial and individuated view of alienation? Is a short story not a deeply personalised genre, a genre which has to do with individuals and not machines of social production? But then just what precisely is this book about? It is most assuredly not about alienation. It is about not-alienation, in the sense of not-differentiating: it is about in-difference.

In the titular story, “Jungle without Water,” the protagonist, Jodi, travels around Brisbane with his friend in search of a proper place to pray. We find here an affiliation between Jodi and Meursault, of Albert Camus’ L’etranger, in the intensity with which they both focus on a single thing to the point that everything else fades out of focus and blurs into an inconsequential horizon. Everything other than the “proper place to pray” sits on the same level of priority and blends into one for Jodi—everywhere and everything else in Brisbane is just an “improper place to pray.” Even at a Gurdwara, Jodi cannot bring himself to pray: “he could not conjure words at the command of other people.” Around other people, anywhere other than the proper place, and the words simply will not flow out of his mouth. Other than the “proper,” nothing else matters. In this “nothing else” is expressed a lack of differentiation between one improper thing and another—an in-difference.

In this view of in-difference, one suspects there is a certain appeal to the image of the indifferent male, one with so dire a case of tunnel vision that he comes off at times as solipsistic. This figure shall embark on a certain journey, going from temple to temple in search of a place where he feels a sense of properness, a place where he can at long last pray as he did in India. In time, he shall come upon a far younger girl (or a pixie) who shall awaken something in him, set him straight—and her name is Alice no less—and so he prays, of all places, in a church. We have here perhaps the most common narrative centered around a young male. Now the figure of this indifferent male and the journey that ensues is no doubt an effective formula; it draws our eyes to Jodi just as Jodi is drawn to his own personal quest for a “proper place.” It invokes memories of our own youth—the days of crushes, unrequited love, hormonal affections—and with it, our sympathies for Jodi. But then we the readers would surely harbour doubts: could this have been done in some other way, without reference to this particular figure, this archetype? Has this, in truth, already been done?

In any case, this in(-)difference holds sway over the stories that follow, although across a span of ten stories, we see it develop. This indifference sheds its gender and ethnicity, and grows in complexity. We are proven wrong in insisting that this indifference belongs to “an indifferent male.” In the duty-bound and multi-gendered denizens in the fable-esque “The Lovely Village,” we might note that the figures are simply “doing their jobs,” invoking disdain in readers, reminding them of an era when freedom took priority over other values. But let us consider here a more neutral “indifference,” a tone one might say, which permeates a collection wherein the narration often seems to lag behind the things it narrates, fails to account for the magnitude of each event. “We laughed,” we read in “Green Grass,” but without any further description, any adverb, as if this laughter were impersonal, transcendental. We also encounter a figure standing very still, looking at “the luxuriant carpet of almost artificial green,” not even blinking, a figure we only “hear about,” narrated to us by the one exceptional villager “in the know,” a figure removed from us, from our present and the villagers’ present, in the remotest past, a past we never see with our own eyes. Actually, Iyer does not even say that this figure is transfixed by the expanse of green grass; there is no protracted description of some look of wonder; she is, quite simply, standing “feet deeply embedded in the grass,” in the grass, among grass, rooted as if the grass—a perfect image which does not differ, and therefore does not change, in-different. She is a figure indifferent to the “increasingly nervous calls” of her husband. She does not respond. She does not speak. Instead we hear the silent laughter of “We laughed,” a transcendental laughter. This laughter branches out into the indifference of Jodi detached from the place he finds himself in, the indifference of those in “The Lovely Village” simply doing their jobs, the indifference in the subdued curiosity and consternation at the first foreigner to come into the village in “Green Grass,” the indifference with which the coconut sees Little India in “The Last Day of a Divine Coconut,” just one in a smorgasbord where “all foreign things are” and “all have already been localised.”

This book is about indifference, indifference in general, and in each story, we see a departure, a slight rupture from this indifference, to varying effects: at times, a beginning of the end; at times a return. This book speaks: across the world, in each country, human beings are united in this in(-)difference. 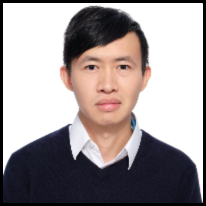 Raphael Chim is a PhD candidate at the Department of English, the Chinese University of Hong Kong. His research interests include creative writing, the philosophies of the Kyoto school, predominantly that of Kuki Shuzo and Tanabe Hajime, and the existential ontology of Martin Heidegger.