{Written by Matt Turner, this review is part of Issue 46 (March/April 2020) of Cha.} {Return to Cha Review of Books and Films.}

In Workshop One, an upper corner in an industrial building is painted with noticeable impasto. Pylons meet a roof, and a thick white stripe slices at a slight diagonal across the otherwise grey painting. In Workshop Two, impasto slightly thicker, we see a detail of a machine on a table. The corner mise en scène is also noticeable for its strong diagonals—this time the base corner of the machine is set against the off-white negative space of the room it is in. Again, the colours are quiet, and industrial. Workshop Three, however, is not a detail, and the diagonals are not foregrounded. A man stands on a riser, slightly leaning over a machine, arm extended as if working it, and the contours of the room encompass them both, man and machine. The impasto is thickest in this painting and, as in Workshop One and Workshop Two, the space is rendered nearly flat. The depth of the room is rendered through implication, similar in technique if not palette or subject matter to Cezanne’s late paintings.

Zhu Jinshi painted these in 1979, included in the third exhibition of Salon Salon, “From Issues of Art to Issues of Standpoint: Echoes of Socialist Realism”. The exhibition and subsequent catalogue collect visual art from those artists who trained prior to the Chinese Revolution and establishment of New China in 1949, whose art was often influenced by both traditionally Chinese as well as Western artistic techniques, and those who were trained afterwards, in Soviet-style academies, and primarily in the technique of socialist realism. In both cases the art they produced tended towards, or was urged towards, realistic depictions of both Chinese scenes as well as revolution and its popular legacy. Also included are those who came of age during the Cultural Revolution and whose techniques were often based in experimentation with media, as well as having new subject matter—a re-emergence of landscape as a popular genre, for instance. While it would be difficult to call this generation “professional” artists in relation to the earlier two generations (as they often had fragmentary training and were operating largely outside of official channels), the exhibition also includes true amateur art, in the sense that it was made for expression or documentation first, without the sustained exploration of media that comes with longstanding artistic practice.

These latter two groupings can also be centred around several officially sponsored and unofficial exhibitions, which gave rise to self-conscious groups of artists—probably most recognisable would be the Stars, which included Huang Rui and Wang Keping; another crucial group is the Beijing Oil Painting Research Society, who are notable for not only bringing an older generation of artists back into the fold, but for their mobilisation efforts—which included not only exhibitions and informal meetings, but crosspollination with amateur artists as well as other media. Both groups were heavily influenced by the techniques of Western modernism—from the prints of Käthe Kollwitz to the painterly style of the Impressionists. Zhu Jinshi, affiliated with the Stars, shows the latter influence heavily.

The dates, 1972-1982, are not arbitrary. While most histories of twentieth-century Chinese art tend to be divided into three periods (pre-Revolution modern and traditional; revolutionary propaganda and underground painting; and post-Reform roots-seeking and experimentation), curators Liu Ding and Carol Yinghua Lu instead buck the notion that nothing artistically important happened during the Cultural Revolution. By emphasising a transitional period beginning with the huge National Art Exhibition in Commemoration of the Thirtieth Anniversary of Chairman Mao’s “Talks at the Yan’an Forum on Literature and Art,” which was open to wider variety of the public and showcased a wider variety of media than anything in recent memory, providing a summa of visual arts practice for the post-’49 period, and ending with 1982—the official end of the (arguably first stage) of the economic Reform and Opening-Up; the end of the Democracy Wall, and the beginning of a period of sweeping draconian law enforcement; and the beginning of what is often referred to as the “new wave” of Chinese art, pointing away from nascent groups like the Stars and towards rigorously theoretical and experimental art groups, like the New Measurement Group—the curators are able to show the flexibility and variety of art in China, even when under duress, and show not only how it responded to its moment in time, but how it paved the way for much of what would be lauded about contemporary Chinese art. 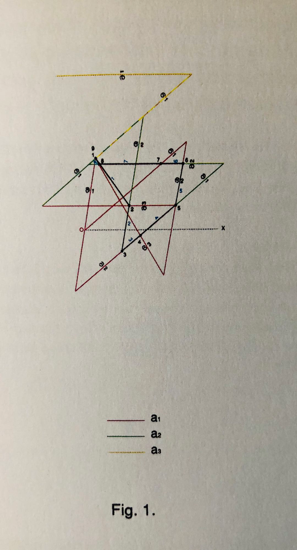 This flexibility and variety can be seen in the way that the 1970s became a strange time for post-Revolution art, when socialist realism was largely reviled as propaganda, and when factory workers attended art exhibitions—and indeed also made art. But in addition to a thorough collection of paintings and other visual artworks (and references to the new poetry that began with Shi Zhi and flowered with the Jintian group), the catalogue further develops this thesis with significant documentary and archival materials. These range from a huge number of amateur paintings to photographs and dossiers. The catalogue, in addition to informative bilingual essays on the politics and formal themes of the art of the period, has transcripts of several conversations around the art and the exhibition, featuring the curatorial team as well as artists of the period. This is interesting not only for extended discussion but for better understanding the shortcomings and ambitions of the period and its visual art.

A further, overarching theme of the exhibition is the centrality of Beijing to the project. This is easy to understand: Beijing is the political centre of China, from which directives are issued with the broadest authority. In addition, from 1949 on, the city has served as the intellectual and cultural centre of China, both in unofficial and official capacities—by sheer dint of numbers if nothing else. Yet so much of China’s pain has been caused by Beijing as well. Much of the underground artwork and intellectual life of the period sought a way around—and through—the trauma caused by Beijing fiat, and this has continued into the present. Whether the abstract or lampooning work of a Beijinger like painter Liu Wei, or the meditative allegories by Sichuan-to-Beijing transplant Hao Liang, Beijing still plays a central role for China’s artists. That may be, again, because so many people gather there. It may also be because Beijing is the eye of the storm. Then again, it may be because Beijing, like the seemingly arbitrary 1972-1982 period, is a perpetual work in progress that cannot be easily defined, that exists in a space between heavy-handed authoritarianism, self-parody, democratic earthy populism, and heroic modernity.

Matt Turner is the author of the poetry collection Not Moving (2019) and the translator of Lu Xun’s collection of prose poetry Weeds (Seaweed Salad Editions, 2019). His essays and reviews can be found in Los Angeles Review of Books China Channel, Hyperallergic Weekend, Music & Literature, Cha, among other places. He lives in Brooklyn with his wife and co-translator, Haiying Weng.