{Written by James Au Kin-pong, this review is part of Issue 46 of Cha.} {Return to Cha Review of Books and Films.} 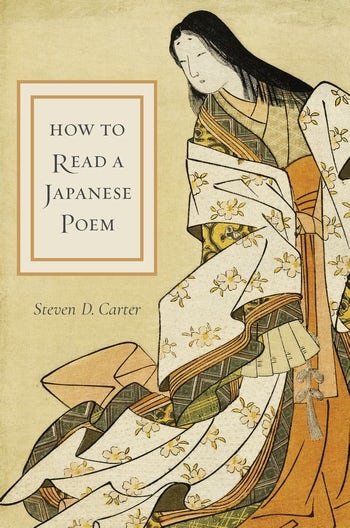 At the beginning of chapter 5, “Unorthodox Poems”, for instance, readers are shown with a poem by Matsue Shigeyori alongside the Japanese original and its Romanised pronunciation:

Readers at a first glance know the makeup of the Kyoto girl is likened to the falling snow but may lack the specialised knowledge to comprehend why the poem falls under the category of unorthodox poems. Nor do they find it hard to surmise what stimulated Shigeyori to compose such a work. The enigmas are soon cleared up by the context and the comment given below the poem. While the female entertainers Shigeyori witnessed justified his motivation for writing, the untraditional image of shiori or “make-up” employed in the poem explains why the author files it under unorthodox.

Shigeyori’s poem is one of those little known to Anglophone readers. One strength of How to Read a Japanese Poem, then, is that it covers a diversity of poems from the eighth century to the modern era. Prominent Japanologists such as Donald Keene and Haruo Shirane have many orthodox anthologies such as Kojiki (Record of Ancient Matters, 712) and Kokinshū (Collection of Japanese Poems of Ancient and Modern Times, r. 905) and introduced them to Western audiences. But Carter managed to cover more lesser known poets so that readers can have a more extensive grasp of poems in the same era.

Another strength is the inclusion of modern Japanese poets’ such as Mori Ōgai (1862-1922) and Nagai Kafū (1879-1959). Many previous anthologies published in English focus more on Japanese literature in a particular era (such as Edo) and neglect the continuity of how a genre develops. How to Read a Japanese Poem, however, covers as many poems as possible to show how a poetic tradition retains and develops simultaneously. For instance, through demonstrating how to read a poem by Masaoka Shiki (1867-1902), one of the most revered modern poets in tanka and haiku, readers see how his poem differs from his predecessors even though it is inspired by the one in the late Heian period (see p.164-165).

This perhaps accords with the author’s intention to guide anglophone students “[h]ow to begin to read a Japanese poem”, as is stated in “Introduction”. Before a Japanese literature student goes deep into an individual work, it is of utmost importance for him to get an overview to see how works are connected both synchronically and diachronically. The range of work introduced to the readers thus needs to be balanced well, while taking into consideration issues such as gender and power. Carter takes very good care of handling this aspect, just as his previous academic volume The Columbia Anthology of Japanese Essays: Zuihitsu from the Tenth to the Twenty-First Century (2014), where one finds work ranging from a monk to a female official and where the long period covered helps readers to experience the evolution of the genre Zuihitsu.

One of the most amazing aspects of How to Read a Japanese Poem is the author carefully organises the book in the way that readers will not be overwhelmed by too many terminologies. Very often a young academic of classical Asian literature is caught in the dilemma at the beginning between force-feeding students with multitudinous technical terms and using existing English terms to explain a culturally loaded word. Carter, nevertheless, chooses to refrain himself from tedious explanation of those terms. But he does not renounce employing the original technical vocabularies in contextualising and commenting the poems either. Instead, he intentionally uses terms like honkadori (‘taking a line from a foundation poem’) and kakekotoba (‘double entendre’) repetitively, and a rough English translation is provided only when the term appears for the first time. Readers curious about a particular term can look for its meaning in the appendices, where they can find all necessary technical terms in “Appendix 1” and aesthetic ideals and devices such as yūgen (‘mystery and depth’) in “Appendix 2”. The explanation does not simply appear in the form of dictionary entries. Carter has expended a great deal of effort in telling his readers the different usages of the same term in the same era, as well as how the signification evolves in different times, by citing examples of essays and poetry. How to Read a Japanese Poem is a fabulously organised work that will help a scholar or an instructor to lead his students through Japanese traditional poems. It is likewise a worthy read for anyone interested in exploring old Japanese culture. That said, the book’s attempt to deny the clear division of Japanese literature by era is thought-provoking, as the development of any genres should always be continuous. 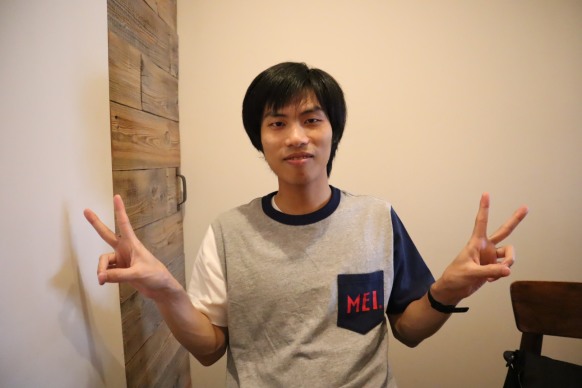 James Au Kin-pong, an MA graduate of both Hong Kong Baptist University and the School of Oriental and African Studies (SOAS) in London, is currently learning Korean and Spanish. He keeps himself busy teaching as a part-time English lecturer and studying as a research postgraduate in Japan. A language and literature nerd, he spends most of his time reading books by Isabel Allende, Aimé Césaire, Kazuo Ishiguro and many others, as well as his own academic research on rekishishōsetsu (roughly translated as ‘historical fiction’) from the Meiji era to the 1970s.

One thought on “[REVIEW] “A Diversity of Poems: A review of Steven D. Carter, How to Read a Japanese Poem” by James Au Kin-pong”