{Written by Garfield Chow, this review is part of Issue 46 of Cha.} {Return to Cha Review of Books and Films.}

City on Fire, by journalist, lawyer, and long-term Hong Kong resident Antony Dapiran, offers an extensive narrative of the anti-extradition protests that shook Hong Kong last year. Widely researched and documented and punctuated by intimate first-hand accounts, this book does more than simply reconstructing the historic events in minute detail. As it looks for the meaning of the resistance campaign, it goes beyond the simplistic binaries of optimism and pessimism as it ponders the future.

In his last book City of Protest (2017), Dapiran suggested that in addition to serving a political function, protests in Hong Kong are also a manifestation of local identity—the will to uphold freedom of speech. This argument is leveraged in City on Fire and acts as the backbone of the book, which is  one of the year’s most crucial reads, not just because of its timeliness, but also its analysis of the historical and cultural significance of the act of dissent, which offers ways of thinking about the event in relation to the ongoing development of political awareness in Hong Kong.

After a vivid portrayal of tear gas during a protest, Dapiran juxtaposes descriptions of the detrimental effects of this mass dispersal weapon with an unfaltering crowd confronting it. This engaging depiction of what became a norm in Hong Kong throughout the latter half of 2019 captures the very essence of the series of rallies—the escalation of aggressiveness both in the police’s relentless violence and the use of force by protesters. Taking us through streets and alleys in different districts of Hong Kong, Dapiran recounts the skirmishes he personally encountered, tracing them back to Beijing’s constantly tightening grip on Hong Kong and the longstanding mistrust between the people and the local government. As I read about the major turns and incidents, I felt chills up my spine as they reminded me of the all-too-familiar scenes from TV and online broadcasts that haunted our tearful nights. To readers who are less familiar with the context, this section of the book effectively informs them by cleverly untangling the intricate relationship between China and Hong Kong.

As he contemplates the future, Dapiran examines what the event might lead to in the face of impending China-Hong Kong integration. Rather than providing an answer, though, Dapiran is more interested in what to pay attention to in the decades to come. He emphasises that most of those taking part in the marches are the younger generation. By 2047, when the promised 50 years of ‘One Country, Two Systems’ ends, this group will have established themselves as leaders in society. How will this generation assume their role then? And how will that possibly affect the power dynamics in the political situation? Dapiran leaves this question open to interpretation.

Readers might ask, why they should read this book, when so much in it has been reported and commented on in the news. Personally, apart from the story of the event, I was more curious to hear Dapiran’s reflections on the cultural impact of the demonstrations. This book constantly reminds us that as a part of the local history of dissent, the 2019 resistance developed as a continuation, emulation, and at times even correction, of previous ones. Bringing in dialogues with renowned dissidents and others new to protests, Dapiran meticulously scrutinises the celebrated principle of ‘Be Water’, especially how it introduces a new form of mobility and fluidity to the campaign. As he deciphers the empowering effect of the movement, meanings and essence override immediate pragmatism. Instead of approaching it as a means of forging political outcome, this book sheds more light on how protesters reclaim their long-lost agency through a participation in the making of the city’s history. The demonstration is thus argued as ‘protest as practice; protest as method’, an assertion of the ‘soul’ of the city. Even for international readers, it is worthwhile studying the evolution of the tactic in these marches in Hong Kong in how it might inform and interact with acts of resistance elsewhere in the world. Across various disciplines, this topic never fails to intrigue local scholars. After the Umbrella Movement, scholars of journalism Francis Lee and Joseph Chan published Media and Protest Logics in the Digital Era: The Umbrella Movement in Hong Kong (2018), which assessed the role of social media in the movement against the backdrop of emerging global information technology. City on Fire, by comparison, takes a more journalistic approach, but as it is written at a critical moment in local history, with its exhaustiveness, it can be brought in dialogue with critical works on the subject to stimulate more conversations on why this fight of defiance matters.

While City on Fire claims to dwell on the relation between protest tactics and the public mood, there are instances where it falls short in getting to the heart of sentiments that are deep-rooted in the community. For instance, when addressing the abounding conspiracy theories that associated mysterious deaths of youngsters to the police, Dapiran, from the perspective of a journalist, places more focus on mass hysteria and the danger of rumours. There are core problems which he identifies, but little is said about how it played a role in the resistance, especially how it spoke to the inner psyche of Hongkongers, who were frustrated and traumatised by the feeling of powerlessness. These allegations not only cautioned the public against unreported cases of violence; the very act of circulating them was also a reminder of the emergent ‘no-splitting’ solidarity principle that set the empathetic tone for the whole campaign. One of the limitations of this book lies in some missed nuances in the collective mindset that are crucial for giving a voice to local protesters. Overall, however, it does not undermine the book’s thoroughness in its coverage and justification of most of the key concepts.

Ironically, just as the book was published, Hong Kong was thrown into another wave of turbulent change—the outbreak of COVID-19 and the recent national security law that signalled another rupture of the people with the authorities, and another blow to Hongkongers’ fight for freedom. At the height of the crisis and anxiety, City on Fire is even more relevant to our times. Capturing an important juncture of the city’s ongoing quest for a postcolonial identity, it is an urgent record that will sharpen our sensitivity to the past and what to look forward to in the years to come. 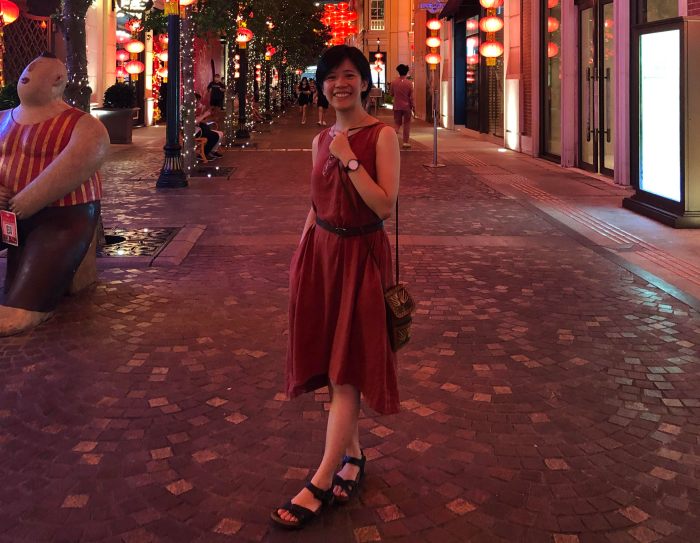 After graduating from the Chinese University of Hong Kong with a BA in English, Garfield Chow obtained an MA in Literary and Cultural Studies at the University of Hong Kong. She doesn’t mind a little clutter at home. Working with archives every day, she collects stories and subjects behind old things in the hope that someone will recollect them when the right time comes. Her dissertation studies how writing alternative histories serves as a means of building identities.