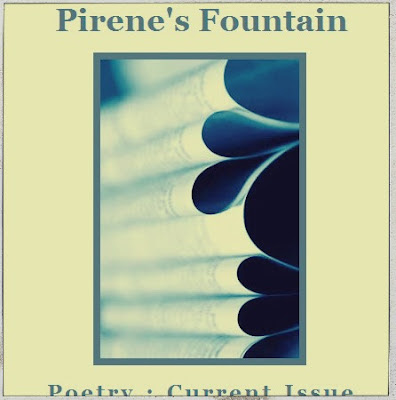 The April 2012 issue of Pirene’s Fountain is now available and Lyn Lifshin is one of the featured poets. Read her “Reading Song to a Sea Gull” and “I Think I Understand” as well as an interview with her. Ricky Garni‘s poem “Before You Go” is also featured in the new issue. Has he made you rethink your reaction to Rumi?
|| Lyn Lifshin’s poetry was published in issue 4 and issue 10 of Cha.
|| Ricky Garni’s poetry was published in Issue #16 of Cha. 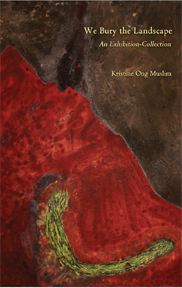 Kristine Ong Muslim‘s new collection of prose poetry and ekphrastic flash fiction We Bury the Landscape is now available for pre-ordering. Learn more about the book here.
Kristine Ong Muslim’s poetry was published in issue #9 of Cha and her poem “Preface to a Pornographer’s Dirty Book” is discussed here.

The Spring 2012 issue of pyrta is now live and several Cha contributors have new poetry in it. Read Sumana Roy’s “Marriage: Mirror”, Nabina Das’s “Shiva of the Shantytown” and Anindita Sengupta’s “The Eye of Horus“. The poetry in this issue was guest edited by Sridala Swami, whose has written a lovely note.

Read Ivy Alvarez’s poem “Seph” and an interview in the latest issue of Certain Circuits Magazine.

||| Sridala Swami’s  “Twisitng”, “Today’s Featured Sorrow” and “Synaesthetic”
||| Aditi Rao’s “The International Mango Festival”, “Sometimes, When Prayers are Shouted from Rooftops, the Echoes are the Answers” and “Athazagoraphobia”
||| Nabina Das’s “Family Survey”, “A Song for the Bihu-Waisted-Sister”, “Her Love”, “I Am the Second Earth, But”, “In Spite of Our Bad Days’ Splits” and “All things become islands…”
||| Anindita Sengupta’s “Speaking in Tongues”, “The Vivid Stream” and “I Am Not Part of Your Language” 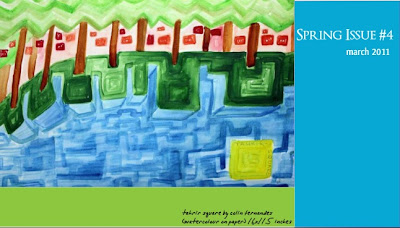 The Spring issue (March 2011) of Pyrta features three poems by Anindita Sengupta (“I am not part of your language”, “Auk” and “Evening”) and one poem (“Thirty-one Summers”) by Nicholas Y.B. Wong. Read the issue here.
–
– 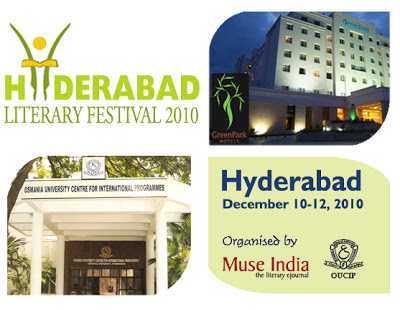 Cha contributor Anindita Sengupta has three new poems, “Dolls”, “The Mouth” and “The Vivid Stream” published in Asia Writes.
–
Anindita Sengupta’s poetry was published in issue #3 of Cha.
–
This is a belated post but we want to congratulate Anindita on the publication and launch of City of Water!
–

Toto Funds the Arts
is pleased to invite you
to the launch of Anindita Sengupta’s first volume of poetry, City of Water,
where she will be ‘in conversation’ with poet/writer Sridala Swami
–
Venue: Crossword Bookstore, ACR Towers, Ground Floor, 32 Residency Road, Bangalore – 1
Date and time: Friday, 7 May 2010 at 6.30 pm
–
Anindita Sengupta‘s poetry has been published in several journals including Eclectica, Nth Position, Yellow Medicine Review, Origami Condom, Pratilipi, Cha: An Asian Journal, Kritya,and Muse India. It has also appeared in the anthologies Mosaic (Unisun, 2008), Not A Muse(Haven Books, 2009), and Poetry with Prakriti (Prakriti Foundation, 2010). In 2008, she received the Toto Funds the Arts Award for Creative Writing, annually given to two writers under thirty in India. In 2010, she was the Charles Wallace writer-in-residence at University of Kent in England. Sengupta, who lives in Bangalore, is also a freelance writer and journalist and has contributed articles to The Guardian (UK), The Hindu, Outlook Traveler and Bangalore Mirror. Her personal website is at http://aninditasengupta.com/.
Sridala Swami’s poetry and fiction has appeared or is forthcoming in various journals including Chandrabhaga, Pratilipi, New Quest, Wasafiri, Asian Cha, Desilit and the Creative Writing Issue of The South Asian Review (28:3, 2007). Her work also features in The Bloodaxe Book of Contemporary Indian Poets (Bloodaxe, 2008); in the anthology, Not A Muse (Haven Books, 2009) and in First Proof: 4 (Penguin Books, 2009). Her book of poemsThe Reluctant Survivor was published in 2007.
“City of Water is remarkable for its supple language and tensile strength. Her images are sharp and there is integrity about the core of feeling that propels the poem. One cannot spot any weak moments either in terms of emotion or language….Anindita Sengupta never lets a poem run away with her. Like all good poets, she is original both in her way with words and her personal angle of vision.”
–– Keki Daruwalla in the Preface to City of Water

Issue #7 of Mascara Literary Review is now live and it features works by several Cha contributors. Read Anindita Sengupta’s three poems: “Entrophy” “Storm-chasing” and “We Left Bombay to Start Over”, Sushma Joshi’s fiction “Selling Peas and History Lessons”, and Ouyang Yu’s essay “To Be(long) or Not to Be(long): Issues Of Belonging In A Post-multicultural Australia”. Also in the issue is a conversation between Tenzin Tsundue and Michelle Cahill and Andy Quan’s review of Jee Leong Koh’s Equal to the Earth.
– 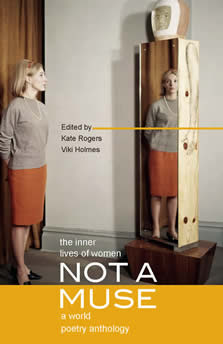 Cha excitedly announces the launch of Not A Muse. Not A Muse is edited by Viki Holmes (Cha contributor) and Kate Rogers and published by Haven Books.
The anthology includes poems by “over 100 sensational contributors from 24 countries including”. The following Cha contributors are featured in the long-awaited anthology: Agnes Lam (issue#2), Anindita Sengupta (issue#3), Kavita Jindal (issue#1), Louise Ho (issue#4), Luisa A Igloria (issue#2), Mani Rao (issue#1), Michelle Cahill (issue#2), Phoebe Tsang (issue#6), Sridala Swami (issue#3), Tammy Ho Lai-Ming (co-editor of Cha) and Viki Holmes (issue#3).
You can find more detail about the launch of Not A Muse on the Haven Books website and the the Man Kong International Literary Festival 2009 website.
If you are in Hong Kong, do join the launch party!
Anindita Sengupta‘s poem “Older” is now published in Quay: A Journal of the Arts (July-December 2008).

Anindita Sengupta’s poetry was published in issue #3 of Cha.
My Tweets