December 3, 2016 by t - 0 comments
–
Loved The Mills Brothers’ version of “You Always Hurt the One You Love”. See Jonathan’s post about the film here. 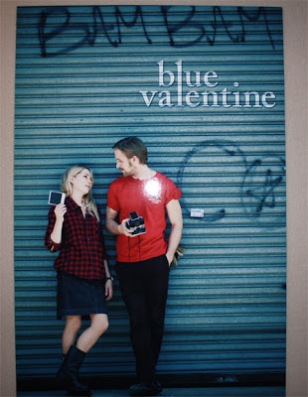 Read Jonathan‘s and Todd‘s thoughts on the new HP instalment.
–
–

This post was originally written on 24th January, 2010.
When we were having dinner with our friend Jonathan (also the prose guest editor of the second anniversary issue of Cha) in a Sichuan restaurant in Soho, London (by the way, I took the men to the ‘wrong’ restaurant),1 & 2 we discussed many things, including writing, publishing, our favourite world cities and art. I learnt then that he likes van Gogh and recently he also mentions this in his blog post. Today, when reading an article by Laura Cumming about a new exhibition “The Real Van Gogh: The Artist and His Letters“, we were reminded of him. We will probably go to the exhibit and here’s just a foretaste of what’s being shown. Cumming’s writing is beautiful and below, she is describing “Still Life with Basket and Six Oranges”, painted by van Gogh in March 1888: 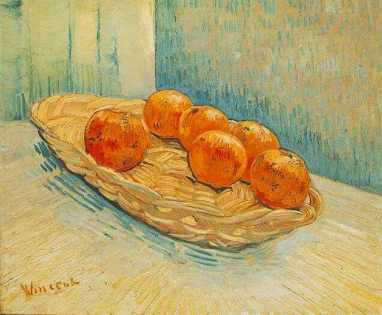 1 We planned to go to Barshu, which Jeff and I went in November last year (it must be for my birthday?) and were very very impressed by the food. But I ended up taking the men to another restaurant across the street. In my defense, it was dark (it was half past five?), both restaurants serve Sichuan cuisine and the pricing is similar. Plus, their names are also very similar, in English anyway. Okay I should have read their Chinese ….
2 It looks like we are not the only ones who have made this mistake.
6 Responses “Van Gogh and his oranges” →
Jonathan Mendelsohn [Link]
January 24, 2010
You’re a most generous blog sharer, T. Thank you kindly. I am indeed a huge van Gogh fan and if you can track down Adam Gopnik’s article on van Gogh and Gaugin (as mentioned in my blog) I highly recommend it. Having read van Gogh’s letters to his brother Theo, I feel he is so misunderstood. That the myth of the madman has overshadowed a man who could also be profoundly tender, sensitive … all the things we can see in his paintings. Granted the boozing, prostitute visiting van Gogh is definitely another legitimate and widely accounted for side of the complex Dutch painter.
I passed your name (and site) onto a professor friend who is also a poet and who spent time in Asia. Wicked smart and I thought he’d love your work and that you might have some things in common.
Seems you (your site) have (has) become a sort of meeting place for many an interesting mind.
Rock on, sista!
t
January 24, 2010
Yes, JM, I’ll have to physically track down Gopnik’s article as it is ‘linkless’.
Thank you for passing my name and site onto your friend — much appreciated.
Your blog is great (I know you know it). We love your discussions of books, films, and your sharing of your take on life.
j
January 24, 2010
JM,
Thanks for reminding me of the Gopnik article. I heard an interview with him about it, and I meant to read it.
It was nice meeting you in London. Even though we went to the wrong restaurant, the shrimp was still great.
Jonathan Mendelsohn
January 25, 2010
Jeff, I’m still recovering from the cost of the meal (no idea how you guys can afford London) but those shrimp … my oh my!
T, kind and appreciative as always. Muchos gracias!
Jim Pollard
January 27, 2010
orange blossom tea
shivers running up my spine
her foot touching mine
David
March 20, 2010
This is one of my favourite paintings.
–
–