Epigram Books’ Rational Conversations is a set of chapbooks by four “prominent Singaporeans” “[dealing with] issues close to their hearts.” This being a rather loose organising principle for a collected book set, it is somewhat unsurprising to find a lack of cohesive subject matter drawing the four chapbooks together. It appears to me as reviewer necessary that I summarise each text’s argument.

In The Silhouette of Oppression, Kristen Han attributes today’s climate of political paralysis in Singapore as a state-engineered biopolitical outcome. She points out that the government has drawn on various repressive state apparatuses, and their opaque bureaucratic functions, to create an “environment where the danger [that comes with dissent] feels omnipresent but vague; an environment that encourages not action or resistance, but paralysis.” By speaking to a historical fear of reprisal which lingers, and is occasionally refreshed, in the nation’s collective memory, Han denounces the crippling of political activism and defanging of the Singaporean fourth estate.

Alfian Sa’at argues in A Manifesto for Arts Funding that state sponsorship of dissident art is necessary for the proper functioning of our democracy. Social maturity, he points out, “is developed as [the populace] is exposed to as many viewpoints as possible”—and these diverse, often minority viewpoints, emerge when artists are given the financial means to speak against the status quo. Husbandry of civic discourse in Singapore, for Sa’at, stems from art funding policies that discriminate on aesthetic excellence, not on the basis of political views.

In The Power of a People, Kuik Shiao-Yin calls for the renewal of bonds between an incoming generation of Singaporean leadership and the people. She points out that meaningful representation is possible only when citizens trust their elected leaders to speak for them, an outcome only achievable when these same leaders trust the people they represent. A timely essay, Kuik restates a fundamental principle of democratic government: that elected members of Parliament work for their constituents by heeding their voices, including those that speak out in strident opposition. Looking beyond today’s top-down, infantalising approach to governance, Kuik calls for a return to the grassroots, in the formation of a future government by, and for, the people.

Lastly, in China Is Messing with Your Mind, Bilahari Kausikan warns that China’s attempts to craft a narrative of its rise as inevitable is a long-term strategy for nurturing influence in the region. Deploying a mix of soft power and identity politics, the Chinese government aims to “persuade, induce or, in extremis, coerce [the overseas Chinese] into accepting allegiance to China as at least part of their identity.” Their end goal for Singapore, at least according to Kausikan, is to have Singaporeans “pressure the government to align [our own] national interests with China’s core interests.”

While each text is highly relevant to our times, the ways they relate to their counterparts are not immediately discernible. Each book gestures, in its own way, towards a people’s right to self-determination, or to certain democratic freedoms, but what is lacking is a deliberate, curated vision for the series.

It is quite serendipitous, then, that while each of our authors comes from different professional practices, many of their concerns coalesce around advocacy for civil liberties. For instance, when Kuik observes that political leaders “can avoid unnecessarily adversarial relationships with … dissenters if [they] choose to be slow to speak and quick to listen to the truths [their] naysayers are offering,” she is quite in agreement with Sa’at’ that “dissent deserves public funding because [such] is the way to cultivate a public sphere, or to create the conditions in which both assent and dissent may emerge without fear or favour.” Their arguments are, of course, informed by the very real experiences of people like Han, who are often punished by the state for their writing and for the speaking of their minds. While each speaks its own version of truth to power, the chapbooks branch into, mutually inform, and indeed reinforce, the others’ vision of how we might nurture our fundamental freedoms.

It is with some irony therefore that these arguments for the sustainability of political leadership and growing of civic discourse now congeal in what I see as a rather unsustainable publishing project. Their immediate relevance to the present political and social climate makes them more properly the subject of roundtables, lectures, parliamentary speeches, Facebook posts; these forms allow for ideas to grow with debate, disagreement and public engagement. As printed matter, they ossify in an environment of evolving circumstances and changing situations. The content is robust, the form as printed matter less so. While probably lucrative as a publishing venture (each lean volume retails at $8), it is difficult to imagine Rational Conversations as an evergreen series.

In closing his essay, Kausikan argues that Singaporeans, and Singaporeans alone, must determine the fate and fortunes of this country. If we are to take this proposition seriously, it follows that the course upon which our country embarks must be an intelligible, meaningfully democratic one, determined by an informed electorate, if executed by a heedful leadership. An electorate, in other words, whose choices matter. If such a people does not presently exist, our band of writers suggest, then we must cultivate our garden. 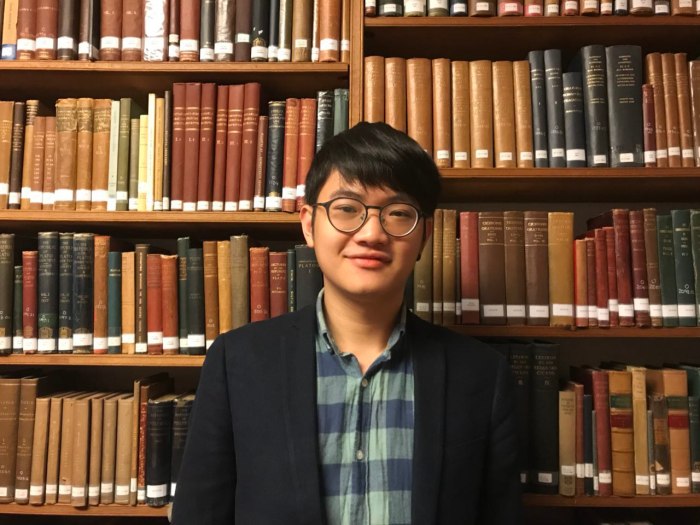 Wong Wen Pu enjoys the poetry of T. S. Eliot and the fiction of Virginia Woolf.