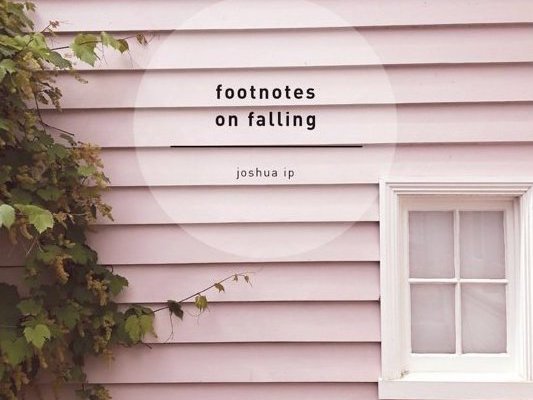 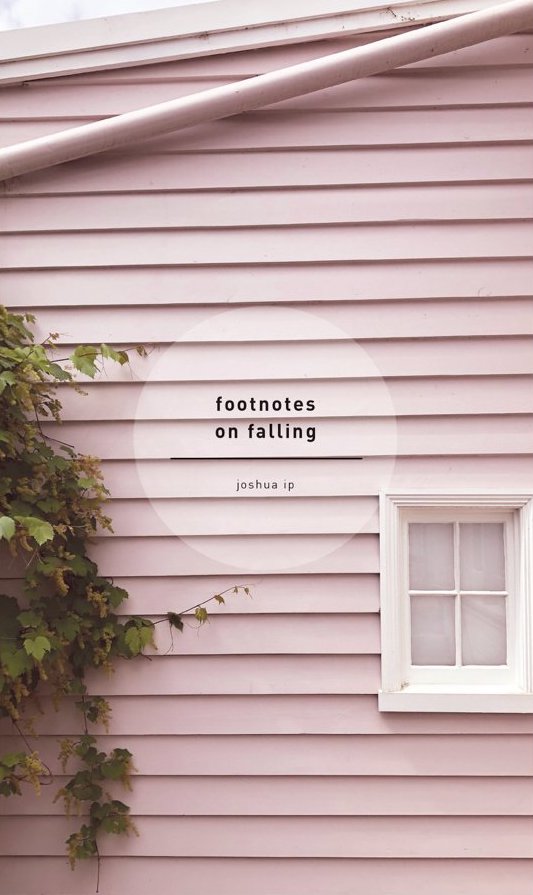 Writing a review of a poetry collection feels like the contemporary version of shouting into the void. Barely anyone, even among poets, buys poetry collections. So how many people can there really be that read reviews of those poetry collections? Well Mr. Internet Void, what I want to say to you is: footnotes on falling by Joshua Ip is a really good collection of poetry that’s worth the US$16.00 price tag. Hell, here in Hong Kong $16 is the cost of a cocktail in most bars, I’d rather have footnotes on falling, though I’d rather have one of each than two copies of footnotes on falling, obviously. So here’s the crux of it: you should buy and read the book. If you want to stick around, I’ll get into why and how you should read the book as well, but you can happily beg off here, go buy the book and be on your merry way.

I wanted to confirm my suspicion of the void-screaming nature of reviewing poetry collections before writing this review, so I used my phone a friend option and called a buddy who I know for a fact has at the very least bought my own book of poetry. I asked him what a review of poetry book would have to say in order to somehow make him go off and proactively buy a poetry collection from an author he had never met before. After thinking it over for a bit, he confided unequivocally that there was nothing that could be said to make that happen. No amount of raving would make him click through and actually purchase the book. I could promise him that the book contained the ultimate secret to easily achievable permanent happiness, and he’d still shrug and move on. At least he was honest.

By chance, I could hear his sister in the background. I knew that she was an editor and a much more likely target audience than him, so I asked him to pose the question to her. He asked not quite the same question, but instead “What would make you buy a poetry book?” Her response, after some thought, was “I don’t know, Rupi Kaur I guess. That was the last poetry I bought.” I’m not about to get on my high horse here, I too have a copy of Kaur’s best-selling collection (footnotes on falling is an infinitely better use of your money and time by the way). What his sister meant, she went on to say, was that overwhelming social media exposure and word of mouth was the only thing that had ever caused her to buy a collection of poetry from an author she hadn’t met.

So here I find myself, having really enjoyed a book, hoping to review it in such a way that might make you buy it, but realising that a review is unlike to be read widely, let alone impact buying choices. It feels a little pointless. It’s not even very likely that anything I write will be used by the author in the future since there are no review quotes on the back of the book. If by chance you’ve arrived at this point and are genuinely contemplating purchasing the book, let me tell you first what you will find inside.

footnotes on falling is a collection of poems of modern disconnection, disillusionment and indecision. Through this lens, and the occasional other lenses it adopts, it discusses a number of things, though the primary topic is semi-functional adult dating relationships between narrators that are semi-functioning adults. It consistently uses clever and interesting wordplay, frequently managing to be genuinely funny and never becoming grating, which is not an easy line to walk. The poems are mostly written in free verse. Every single poem has an endnote rather than a footnote, despite the title. These send the reader to the back of the book to find an extra line or clarification that more often than not has nothing to do with the poem at all.

This is my main issue with the book. It seems built around this endnote gimmick that falls completely flat. The endnotes, I suspect intentionally, become so unrelated to the poems that they instead form their own little poem amongst themselves. While this concept might sound clever or interesting, it is left unexplained at the outset, which damages any reading of the poems until you decide to ignore the endnotes. Stopping in the middle of every single poem to flick to the back of the book in search of an endnote that is more likely than not to be irrelevant, then you cannot help but lose the flow of a poem. It took me maybe five or six poems into the book before I learnt to ignore the endnotes entirely. Upon reflection, this might also be why I felt the first section was the weakest by far, which I initially attributed to the fact that it is almost entirely composed of relationship poems. Of the forty-four poems in the book, I noted down about fifteen which I deeply enjoyed, only one of which was in the first section.

If at this point you are the rare specimen that has seen this review and decided to purchase the book then kudos to you, though I think you’re at risk of being so rare that society will label you deviant and lock you away, so be careful. As you wait for your book to arrive, pause here, the review will now veer off into how the book should be read, which you won’t need to know until you have the book in hand.

How to read the book: 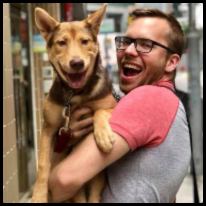 Henrik Hoeg is the current emcee and organiser of Peel Street Poetry, a weekly open mic night for English-language poetry in Hong Kong. His first book, Irreverent Poems for Pretentious People, was a supplementary awardee in the Proverse Prize 2015 and published in April 2016. His second book is Away with Words: Poetry and Translations. In addition to his day job managing a mental health clinic, he is currently working on his third collection of poetry and his first novel.