{Written by Wei Ting Jen, this review is part of Issue 45 (January/February 2020) of Cha.} {Return to Cha Review of Books and Films.} 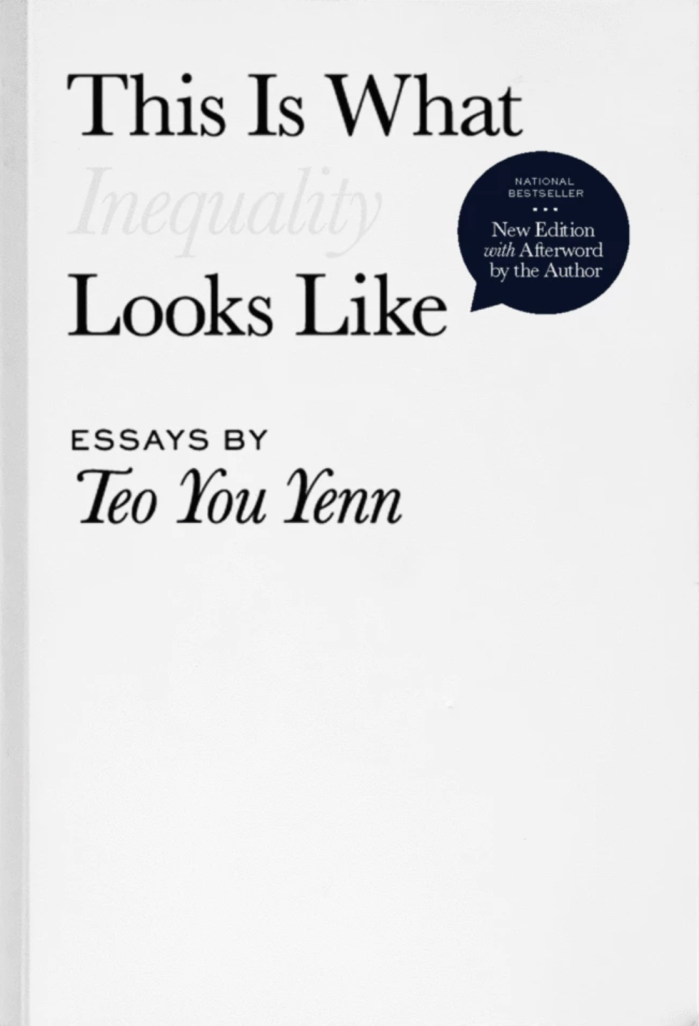 When I worked at Raffles Place, Singapore’s Central Business District, I often saw a middle-aged Indian man in a wheelchair outside the MRT station, waving tissue packets at the passing crowd. His voice was the morning music to thousands of Raffles Place commuters: One dollar, one dollar only. One dollar packet, rice for me and my daughter. Sometimes I would stop to watch him and the people passing by. Not once did I see anyone stop for him. A few stopped and glanced at him; most of them just walked by, as if he didn’t exist.

Why do so many of us, when confronted with poverty or inequality, walk on by? We avert our eyes, looking straight ahead, boarding lifts that shoot up sparkling skyscrapers, taking us far from the ground to our air-conditioned offices with unblocked views. “Stories about poverty and inequality create a lot of discomfort,” writes Teo You Yenn in her startling non-fiction debut, This is What Inequality Looks Like. “Acknowledging poverty and inequality leads to uncomfortable revelations about our society and ourselves.” In a brilliant piece of cover design, the word “inequality” is obscured, visually reinforcing Teo’s message: inequality may be right under our noses, but we’re not going to find it unless we pay attention.

What does inequality look like? Inequality, Teo writes, can be determined from something as simple as the distance we travel daily. Singaporeans, when asked to describe Singapore, often gripe about how small it is—that we can get anywhere on the island in under an hour. But drawing on her fieldwork—interviews and conversations with low income families from 2013 to 2016—Teo came to realise that that for a certain group of Singaporeans, Singapore “is in fact large and rarely explored beyond a few must-go places”: their kids’ schools, the supermarket, the bank to deposit money, the post office to top up pre-paid cards (because they cannot afford post-paid plans). And yet for Teo—and so many other Singaporeans—we can visit a popular park or restaurant on the other side of the island at the drop of a hat, because we want to, and we can.

In the months after reading Teo’s book, I was reminded of her comparison of inequality and physical mobility over and over again: in reading Ta Nehisi Coates, who writes about the fear and claustrophobia of growing up black in Baltimore during the crack epidemic, and listening to a young Hong Kong student protestor in the news. “My world is very small,” the young man said. “It consists of Tin Shui Wai and occasional trips to Mongkok and Causeway Bay. I don’t even know the convention centre or Kowloon Bay.” Again, I thought of the Indian man in his wheelchair at Raffles Place. Was there a reason he came to Raffles Place every morning? Did he live near the station? What did his world look like? And was his Singapore, too, unimaginably small?

Inequality, Teo writes, is inextricably tied up with Singapore and Singaporeans’ self-narratives: about who we are and where we have come from, from a fishing village to a stunning, futuristic city of wealth immortalised in Hollywood movies. And one of the greatest false narratives we tell ourselves is about our meritocratic education system, which has become internationally renowned for producing students who regularly score amongst the highest in the world on standardised tests. Indeed, education has been a great social leveler in Singapore’s past: growing up in the nineties, I remember having classmates whose parents were hawkers and taxi drivers, who lived in two-room flats in far-flung suburbs, studying together with classmates whose parents were doctors, lawyers or senior management. But those days are over. When I recently went back to my primary school, speaking with former teachers, it was clear that most of its students these days come from middle-class or far wealthier backgrounds—I could tell just from the line of chauffeurs and well-dressed mothers waiting in sedans and SUVs outside the school to pick up their kids. Singapore, it seems, has inherited the same problem as other high-income societies, where the rich remain rich and will continue to be rich as they pay for expensive tuition poor families cannot afford, endowing their children with social and educational capital that can never be replicated in poorer families.

What has gone wrong? Is it a case of meritocracy, where the system has already lifted up all those with high abilities? Or is the problem more insidious? Teo’s research suggests that low-income parents are just as involved and worried about their children’s education as high-income parents. But they struggle to help their kids with homework, many of them not even having graduated from primary school. Their kids have less preschool education; there is limited reading at home and they do not have extra coaching from tuition teachers. Their kids are behind, right from the first year of primary school, where kids from wealthier families start off already being able to read and write well, a gap that continues to grow over the years. Many develop a sense of inferiority and start to feel demoralised about going to school, the situation becoming “a self-fulfilling prophecy that shapes learning behaviours.” With educational streaming and the PSLE (Primary Six Leaving Examinations) further sorting students by academic ability, kids from lower-income households are left further and further behind—even when research shows these kids are “behind” “simply because they have not had as much exposure to school materials and not because they are unable to learn.”

My former classmates with working class backgrounds have moved up the social ladder and are solidly middle or upper-class, living in private housing afforded by well-paid, respected careers. They are the Singapore narrative, our success stories, a story that, as Teo writes, “gets under the skin.” But that is exactly how these success stories become our blind spot. “Stories about poverty and inequality disrupt this script” of Singapore’s amazing economic success.

If I thought about it, if I were really honest with myself, I had been working at Raffles Place for many months before the Indian man in his wheelchair even registered in my consciousness. One dollar rice packet was just part of the background noise that my brain filtered out so my heart wouldn’t have to feel—in fact, did I notice him because I was reading, or had just read Teo’s book?

In the book’s preface, Teo mentions an analogy of how a train can brake to a sudden stop—but no one falls and everyone is still standing. “Systems are like that,” she writes. “Individual persons cannot change it.” Teo’s work delivered a shock to a system when published in January 2018, and perhaps even more surprisingly, became a bestseller, dominating bestselling lists for months. Even today, there are still long waitlists to borrow her book from the National Library, which has acquired dozens of copies. Even if Singaporeans do not yet know how to recognise inequality or know what to do about it, Teo’s book has shown that at least—at the very least—we still care deeply about it. 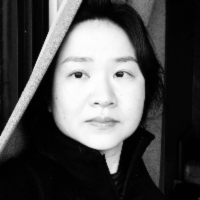 Wei Ting Jen is a multilingual writer, screenwriter and interpreter from Singapore. Her reporting, essays, short fiction and dramatic writing have been featured or are forthcoming in Time Magazine, The Economist, Quarterly Literary Review of Singapore, Cha: An Asian Literary Journal, Jellyfish Review, and Mediacorp Channel 8, among others.