{Written by Cameron L. White, this review is part of Issue 46 of Cha.} {Return to Cha Review of Books and Films.}

Fans of Hong Kong film often bring up the refrain that the city’s glorious cinematic engine of the 80s and early 90s fell apart in the new millennium, with local talent scattering everywhere from Beijing to Hollywood. Film historians no doubt find this characterisation myopic. After all, there have been other “boom and bust” cycles in Hong Kong cinema history, like the one experienced by Cantonese film in the 50s and 60s, when the Mandarin films of Shaw Brothers and Cathay Studios became increasingly dominant. One need only to the look to the past to see that the present is less than exceptional.

However, it is against this tendency to peg Hong Kong cinema to industry ups and downs that Jing Jing Chang situates her project, Screening Communities: Negotiating Narratives of Empire, Nation, and the Cold War in Hong Kong Cinema. She convincingly argues that a more fruitful approach to analysing Hong Kong cinema is to shift from standalone industry autopsies or pat Cold War narratives and instead zero in on “screening communities”—in her case, a triangular formation derived from analysis of British colonial film policy, local cinema production, and Cold War Hong Kong film audiences. The focus on fluid processes of interaction within and across borders allows Chang to craft a narrative of Hong Kong cinema that exposes “continuity” rather than “ruptures”.

While the book is probably of most interest to Hong Kong historians and film scholars, it’s a worthwhile read for Hong Kong film buffs hungry for a different historical context. At a time when so much attention is given to the hoops that Hong Kong filmmakers must jump through to get their work screened for mainland Chinese audiences, it’s especially intriguing to look at how British authorities practiced their own brand of censorship. The tales that Chang brings to light through her historical research also remind us that Cold War ideology did not always translate cleanly into business transactions. Shaw Brothers—ever the capitalist outfit—agreed to distribute leftist Cantonese films “due to the high public demand for Cantonese films in Southeast Asia”.

In part two, Chang takes a critical look at the accepted wisdom behind local genre definitions. She pays particular attention to “lunlipian,” a term for family-oriented films that has been subject to ample debate and reinterpretation throughout Hong Kong film historiography (e.g., is the ideal lunlipian “realist” or “melodramatic”?). However, by examining movies that might otherwise be seen as only marginally lunlipian due to their affiliations with other genres like suspense and horror, Chang moves the dial. Rather than codify what a lunlipian is, she conveys a more nuanced sense of the term by highlighting a widely constructed “ethical universe” that exists across films.

The third section of the book brings gender into critical perspective. One chapter looks at female characters in films depicting “Nanyang”, or the areas of Southeast Asia with a sizeable Chinese diaspora population. Chang plays close attention to questions of nationhood and citizenship, concerns that she reminds us “influenced not only the Chinese overseas but also residents of Hong Kong”. In the next chapter, Chang turns her attention to portrayals of “factory girls” and “teddy girls”, situating her analysis around the work of performers Connie Chen and Josephine Siao. The due diligence paid to both stardom and fandom in these chapters is of note, offering interesting commentary on Hong Kong youth culture in the 1960s.

Throughout, Chang’s work gestures at larger trends in Hong Kong studies, noting the immense difficulty of accurately outlining Hong Kong locality. “The identity of Hong Kong,” she notes at one point, “should not be understood as singular, fixed, or performed around any specific moments in time and space. Rather, it should be defined as ‘relational’ and fluid, with multiple centres and peripheries of becoming…” At a time when Hong Kong identity looms large in the headlines, a multi-angled analysis like Chang’s offers fresh possibilities. If Hong Kong identity was not fixed in the Cold War, it is surely not fixed now. And if contemporary writers and scholars turn their attention to ongoing “peripheries of becoming”, who knows what future narratives of Hong Kong will look like. 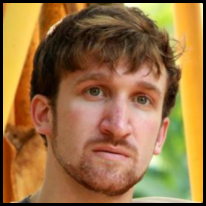 Cameron L. White is a writer, screenwriter, and academic with an abiding love for Hong Kong. His work has been published in The Wall Street Journal, Quartz, and China Channel, while his short screenplay City Music was a Grand Prize winner at the 2013 Beijing International Screenwriting Competition. He is currently a PhD student in the Department of Asian Languages and Cultures at the University of Michigan. His current research focuses on the relationship between the Hong Kong and mainland Chinese film industries.