{Written by Joshua Bird, this review is part of Issue 45 (January/February 2020) of Cha.} {Return to Cha Review of Books and Films.} 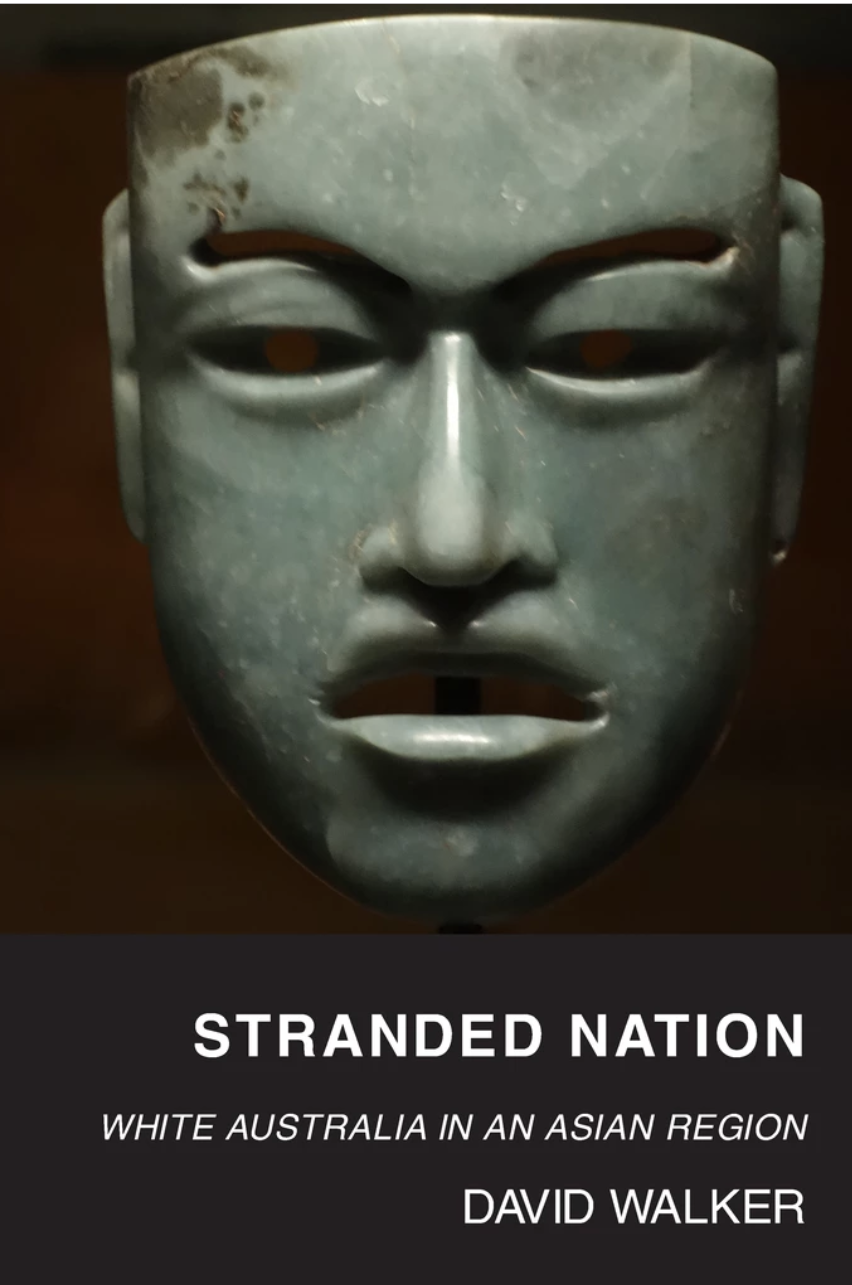 In many ways Australia has never been more Asian.

Last year, almost two thirds of the country’s trade was conducted with Asia, and the most recent national census revealed that approximately sixteen percent of residents claimed Asian ancestry.

Seen from 2019, one could be forgiven for seeing Australia’s current Asian inclination as inevitable—seeming both obvious and natural given its geographical location bordering Indonesia. But this wasn’t always the case.

Stranded Nation: White Australia in an Asian Region by academic David Walker takes the reader back to the early twentieth century, when Australia first began to recognise that its future lay not with the receding British Empire but with the emerging, diverse nations to its north. This pivot required not only a shift in economic and political engagement, but a recalibration of Australia’s identity as a white European nation.

Upon Federation in 1901, one of the country’s first steps was to pass the Immigration Restriction Act—the first in a series of “White Australia” laws effectively prioritising white British migration to the exclusion of non-whites. As a sparsely populated white nation in a heavily populated Asian region, Australia’s first fears of Asia sprang from the thought of millions of unwanted non-white immigrants surging southwards to populate the country’s vast empty spaces. Later, Japanese aggression and the rise of Communist governments across Asia provided Australians with a new set of threats.

However, the retreat of European powers from the region saw a potential new role for Australia as a bridge between Asia and Europe—economically and politically. As Walker notes, “a suitably important, yet practical, international role for a remote and otherwise unimportant nation.” Australian leaders hoped such a bridging role could see the country manage the transition from being a remote outpost of Britain to the leading western nation in the Asia-Pacific.

Interestingly, it was conservative Robert Menzies in his first radio broadcast as Prime Minister who acknowledged that the “Far East” was actually Australia’s “Near North.” He, like many in the pro-Asia camp, were motivated by a belief that Asia was Australia’s best platform for the performance of white imperial prestige. See this typical proclamation from then-popular Australian travel writer Frank Clune:

We have to keep up the White Man’s prestige, and try to look the part of bosses of the world, God’s Chosen People, enlightening the poor benighted heathen with our culture and commerce.

This initially took the form of an attempt to reframe Australia as a leading “Pacific” nation, seeking to establish a new identity that was neither British nor Asian—in the hope of transcending colonial cringe in favour of a new regional leadership role.

However, the alluring promise of Australian leadership—the civilised white nation in a region of savages—was ultimately a dead end, not based on a realistic appraisal of the region and its attitudes. On the contrary, Australia’s existence as a British colonial outpost on the outskirts of Asia was a lightning rod for criticism. The assertive, newly independent countries of Asia took aim at Australia for its exclusionary “White Australia” immigration policies and allegiance to western imperial interests, specifically the Dutch in West New Guinea and apartheid in South Africa.

Australia’s involvement in regional forums tended to emphasise its status as the odd man out, rather than fostering any sense of its membership of a common community. Australia’s early attempts to dip its toe into the Asian economy were also fumbling affairs. In contrast with the slick marketing and products of European and American businesses, Australians stumbled about with little understanding of local markets and consistently poor-quality goods.

As Walker reveals, the cluelessness of Australian leaders when it came to Asia led to an engagement strategy that was overly simplistic and demonstrated a fundamental misunderstanding of the region and its perceptions of Australia. However, rather than look reflect upon how their own actions and policies may have led to this result, Australia’s political leaders minimised the problem as one of a misunderstanding on the part of Asia—what we today might call “gas lighting.”

Australia’s only failure, it was argued, was in failing to take into account the unique, regressive nature of the “Asian mind.” The concept of “Asia”—let alone the “Asian mind”—was of course a Western creation. In this fantasy, Australians, and by extension the West, were framed as masculine and honest, in sharp contrast to the feminine, wily Asian. Asians were often described as overly emotional and ready to take offence. Such a perception allowed Australians to blame any animosity or resistance to Australian engagement in the region as the result of the volatile Asian mind, rather than an inevitable by-product of the colonialism, structural integrity and racism inherent in Australia’s own systems. A similar approach justified the poor conditions of Australia’s indigenous peoples, which was officially attributed to their “primitive” state, rather than to the dispossession of their land and near destruction of their culture, economy and social structures.

This “Asian mind” was presented as a tangible entity able to be identified and understood if only one had the relevant training and experience. By cracking this code, it was hoped, Australia could better target its diplomatic and economic engagement in the region. However, unlike the push for “Asia literacy” which gained popularity in the 1980s, this initial desire to understand how the “Asian mind” worked was not borne out of any sense of cultural understanding or empathy. In fact, many of the proponents of better understanding Asia were those most motivated by fear and racial prejudice. Early supporters of greater Asian literacy were quite often also the most vehement in support of Australia’s own racist immigration policies.

With Australia’s “Asia problem” diagnosed as merely a lack of understanding, the proposed solution saw the creation of some of Australia’s earliest soft power initiatives in Asia. Firstly, Australia’s official international radio broadcaster Radio Australia’s reach and intent was expanded dramatically in the post-war period, to provide impartial news content to the region while promoting Australia as a trustworthy and friendly neighbour. Ironically, this attempt to target the “Asian mind” necessitated a more self-aware reflection on Australia’s own identity. Programmers were forced to debate what Australian qualities and values could best win the hearts and minds of Asian listeners.

As Walker relates, this led to an interesting tug-of-war between Radio Australia and the Department of External Affairs. Radio Australia fought to deliver impartial news coverage, arguing that it was only this impartiality that would allow it to have any influence in the region. External Affairs countered that the high standards of impartiality applied at other international radio services such as the BBC World Service were ill suited to the existential crisis of the Cold War. They preferred to use Radio Australia as a delivery mechanism for foreign policy, seeking creative control over its content and messaging. Ultimately, Radio Australia prevailed using the argument that the perception of Australia as impartial was more valuable to achieving its objectives in Asia than any specific policy message. In doing so, it was argued, Australia could market itself in Asia as less overtly political than America.

Much more control over the marketing of Australia’s identity was evident in a proposed programme to provide subsidised books to the region. The idea was to flood Asia with books in the local languages loaded with hidden political messages about the merciful nature of Australia’s treatment of its indigenous population and the egalitarian ethos of the country. However, the programme’s sponsors were unable to find a sufficient number of books able to demonstrate these points. In fact, most books unwittingly provided a strong case to the contrary. These stories capture an image of an unconfident Australia desperate to project its image into the region, but often unable to agree on exactly what that image was.

In considering what Australia’s relationship with Asia reveals about its own national identity during this period, Walker makes some interesting detours, such as Australian complaints that debauched American cinema was undermining white prestige in the region. While intriguing, these diversions add little of genuine value to the author’s argument. Chapters such as that dedicated to a textual analysis of the books starring fictional pilot-adventurer “Biggles” come across more as cultural studies exercises and could probably have been excised from the 500-plus-page book without any great loss.

However, the book does gives substantial time and attention to the various Asian and Australian public figures who helped shaped Australia’s reaction to an emerging Asia. In doing so, Walker draws on the work of Asian researchers and accounts as well as Australian ones to demonstrate that even during the peak of the “White Australia” period, engagement between Asians and Australians continued on an individual level. In reminding us of this, Walker’s goal is not to rewrite history or whitewash Australia’s racist past, but rather to provide a more nuanced understanding of this period of Australian history.

Unfortunately, the voices of ordinary citizens from Australia and Asia are largely absent, with the author mostly relying upon commentators, politicians, academics and the occasional writer of letters to the editor. While the book’s final section is dedicated to the impressions of Asian visitors to Australia between the 1950s and 1970s, the individuals chosen are notable more for their exceptionalism than their representativeness. This is understandable given the limitations of source material, but it is a missed opportunity nonetheless.

On reading Stranded Nation, the contemporary reader will be struck by how much some things have changed whereas others remain depressingly familiar.

Any recent visitor to a major Australian city, with its diverse and high-quality offerings of cuisine from around the globe, would be shocked to discover that the availability of “foreign” food greeting one Asian delegation of journalists was so bad it led to a staged walkout. Likewise, the dismay of the cosmopolitan, sophisticated students arriving from Asia under the Colombo Plan at the backwards, parochial nature of 1950s Australian political and economic life would surprise many.

However, the descriptions of a government and population largely ignorant of the values and motivations of its closest neighbours resonates even today. While Asia has moved from the periphery to the centre of Australian political life, Australia’s reputation within the region continues to be tarnished by accusations of cultural myopia and ignorance. Likewise, readers may be dismayed to discover that the debate about whether or not Australia is an “Asian nation” or merely “a nation in Asia” is almost a century old. Twentieth century fears of military invasion from the north and infiltration from Communists agents have now been replaced by hysteria about refugee boat arrivals and the impacts of rich Chinese on metropolitan property prices.

Australia continues to try and position itself as a bridge between East and West, an interpreter of Asia to the rest of the Western world—and vice-versa. However, it remains to be seen if Australia is now any closer to achieving the lofty goal it set for itself in the aftermath of World War II.

As Walker concludes wistfully, “it was one thing to forecast Australia’s special Asian destiny, quite another to realise it.” 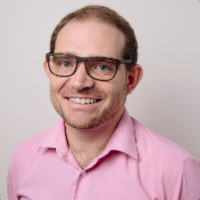 Joshua Bird has been working and living across the Asia-Pacific region for almost two decades. His research interest focuses on human rights and ethnic minorities in Asia, and he was awarded the first PhD from the University of Sydney’s China Studies Centre. He writes regularly for the Los Angeles Review of Books’ China Channel and the Asian Review of Books. His first book Economic Development in China’s Northwest: Entrepreneurship and Identity Along China’s Multi-ethnic Borderlands was recently published by Routledge.