{Written by Jennifer Anne Eagleton, this review is part of Issue 46 (March/April 2020) of Cha.} {Return to Cha Review of Books and Films.}

It is kind of a genre, the expatriate story.

You read enough of them and certain things stand out: travel, romance, intrigue, and cultural misunderstandings. It is also easy to compare with what you left behind, and make your experience fit some preconceived notions of the place you are sojourning in.

To be honest, I am a bit conflicted about whether people should always have “a book in them” after living for a time abroad, but I have recently decided that they serve the purpose of telling us the individual stories of a certain time and place—and everybody’s stories are different. Sometimes expat memoirs can be written in rather pedestrian ways, so if the writer can actually pen interesting prose, as this author has, that is a bonus.

London secretary Gill Shaddick spent two years of the swinging 1960s in Hong Kong working for a prominent advertising firm. Her tale is a host of unexpected twists and amusing, weird, and whimsical events during an interesting time for Hong Kong, making her story seem to span much longer than two years, so much she packs into the narrative. She makes the most of the colonial expat round of parties and outings with members of Hong Kong’s elite.

She meets an interesting and idiosyncratic selection of people, which she details quite well—I particularly liked her character portraits, especially of Mrs Church and POD, to just name a few. Shaddick treats the local Chinese people she meets with fairness and respect and there is no cringeworthy orientalism in the book. I felt on occasion that Shaddick was racing through the story to pack everything in—so maybe it would have been better to write more of certain incidents rather than detailing everything, as it is, some situations that are just mentioned in passing, becoming brief asides.

One incident in 1969 is highlighted in the memoir. Shaddick with her British army companions sails out of Hong Kong on a yacht and disappears—into mainland Chinese territory. Shaddick and her friends however are alive and well, held captive in a Chinese fishing village by a Communist militia. I felt that this could have been expanded on in the book. And maybe I have read too many Cultural Revolution stories, but I felt that Shaddick and her friends were not treated too badly considering this period was at the height of that “ten years of chaos”. Still, I could imagine press coverage arising out of this event.

The publisher’s blurb describes this memoir as “Mad Men meets Han Suyin’s A Many-Splendoured Thing,” I get the Mad Men part, but the comparison to A Many-Splendoured Thing  is a bit of a stretch—yes, there is the author’s love story in there (but treated a bit too briefly, I thought) and Han Suyin does feature, but Han is largely disembodied as merely an acquaintance of Mrs Church, whose friend she was and the closest encounter we have with her is through a telephone call.

The book’s origins and title, as Gill Shaddick notes at the beginning of the memoir, arise out of her frequent letters home that were bundled together with “thin ribbon crisscrossing a stack of airmail paper” and “dog-eared and foxed for nearly half a century, being “a little worse for wear”. However, it is a little ironic that the book is called The Hong Kong Letters, because there are no actual letters incorporated into the text. True, the narrative is based on the letters, and this perhaps is a small quibble in an otherwise quite enjoyable and readable memoir. It would also have been interesting if Shaddick had found out more about her grandfather’s time in Hong Kong, so linking the generations. 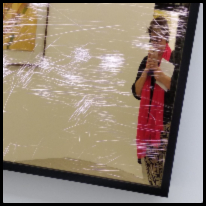 Jennifer Anne Eagleton, a Hong Kong resident since October 1997, is a committee member of the Hong Kong Democratic Foundation and a Civic Party member. She has been a close observer of Hong Kong politics since her arrival in the city. She was an adviser to the University of Hong Kong’s “Designing Democracy Hong Kong” project (2011-2013), and in 2012 completed a PhD on how Hong Kong talks about democracy using metaphor. Jennifer has written a number of language-related articles for Hong Kong Free Press and is currently compiling a book combining Hong Kong culture, photography, and political metaphor. A previous president of the Hong Kong Women in Publishing Society, Jennifer is also a part-time tutor of stylistics/discourse analysis at OUHK as well as a freelance writer, researcher, and editor on cultural topics. In her spare time she collects Hong Kong political pamphlets and artefacts.